After Budapest I had to go back to Newcastle for a couple of days before Thailand. People always say, “Oh, don’t you get tired of all that traveling?” This question confuses me a bit because I don’t see what’s tiring about sitting in a chair. If traveling involved some kind of physical exertion it would make more sense. Anyway, I love to read, and when you love to read then traveling just becomes another opportunity to pick up a book.

With Thailand being so far away I was hoping I’d get some sleep as well as lots of reading, but the sleep didn’t happen, mainly because I got sat next a huge strange looking man. If a toad and Hans Moleman from the Simpson’s created some bizarre creature it would look like the guy next to me on the long haul portion of my trip.

Despite the lizard creature next to me the journey went quite quick. I watched the movie, The Infiltrator, on the flight too. It had Bryan Cranston in it, he basically just played the same character almost as the one in Breaking Bad, but it was still a good movie. A true story too. Who knows how much is really true though. Still, don’t you think films always seem more interesting when you believe it really happened?

By far the highlight of the whole journey was the first leg of the trip. Newcastle – Paris. It was an early morning flight so it was still dark after take-off, but before long we were soaring through the clouds and right as we got above them the first light from sunrise began to shine. 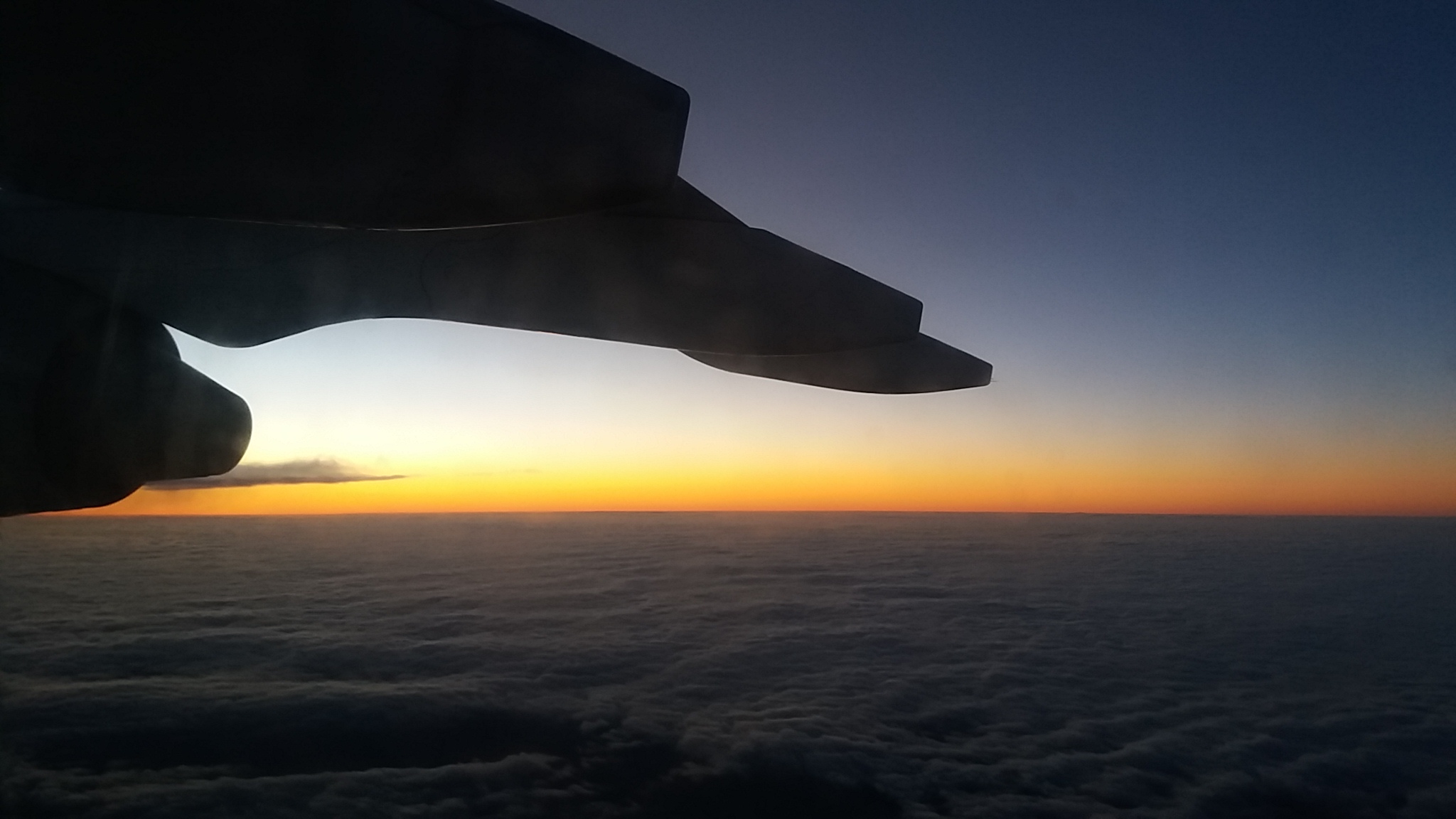 There’s something mystical about watching a sunrise over clouds. It’s almost other wordly. Maybe some people would say heavenly. But I wont use that word because not everybody believes in heaven. I wonder if the pilots still get amazed by it all, they really do have the best office view in the world. And every sunrise/sunset is different. Two are never the same. So I bet they see some amazing sights, especially if they get to fly over the arctic circle where the northern lights shine. I also bet they get more than a childlike portion of pasta with a crusty (third of a slice) of bread too. The air hostess looked like I’d took a piss in her shoe when I asked if their were any extra snacks. I always thought long haul flights supplied extra food if you were hungry? She came back half a hour later with a tiny packet of about twelve almonds saying, “They’re normally for business class,” and then actually winked at me. If it wasn’t for taking acting classes a few years ago I’m not sure I’d have faked the smiled as well as I did. At least she tried to help though. Most people don’t go out of their way to help anyone so thanks Natasha, if that’s even your real name.