The hunchback of Notre Dame seemed to have a good point when it comes to the view from this awe inspiring building, after a gruelling 402 steps you are greeted with a spectacular look over the seine and Paris. 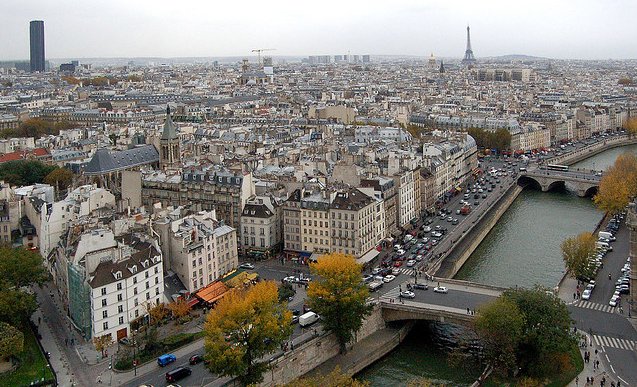 It’s my first time visiting the city, and after hearing mixed reports I wasn’t really to sure what to expect.

By the time I’d got my train ride into Chatelet Les Halles (Paris’s central station) it was getting close to midnight, it had been a long day and I was shattered. I slumped myself into a seat to wait for my connecting train to Villejuif-Louis Aragon where I was yet to find my hotel. The voice inside my head was reassuring myself that the hotel would be easy to find once there, but it got interrupted by male voices yelling in the subway halls. Suddenly four young french men came running down the stairs, two jumped down onto the tracks and ran into the tunnels whilst the other two sat down trying to act calm and blend in. Around five seconds later eight policemen, two with dogs, came running down the stairs after them, they managed to single out the two sat down but ostensibly the other two in the tunnels seemed to have escaped. The drama plus my tiredness made me a little edgy. Hoping the rest of the city wasn’t going to be full of varlets I found a seat on my metro.

I don’t know how it happened but the photo I took of the google map directing me to my hotel turned out to be inaccurate. After managing to get a half decent internet connection I realised I was wandering the Paris suburbs with my suitcase around two miles from where I was supposed to be.
A young Hispanic looking girl was loading boxes into the boot of her car, despite barely knowing a word of French I managed to explain to her my predicament and asked if she could point me in the right direction. She only knew French or Spanish but it seemed like she really wanted to help me, her boyfriend arrived on the scene and loud spoken French words were spoken while I tried to interrupt with, ‘Merci, I’m going to go now’ she wouldn’t allow me to leave, then the boyfriend ushered me to his car. To tired to care anymore whether it would be safe or not I just got in repeating the words, ‘Merci beaucoup ‘ his name was Viktor and he kindly drove me all the way there. Finally I got into bed.

Before climbing the stairs in the Notre Dame (french for Our Lady of Paris) cathedral there is generally a que to get inside the building. Once you’ve entered the 800 year old superstructure a colossal room takes precedence. 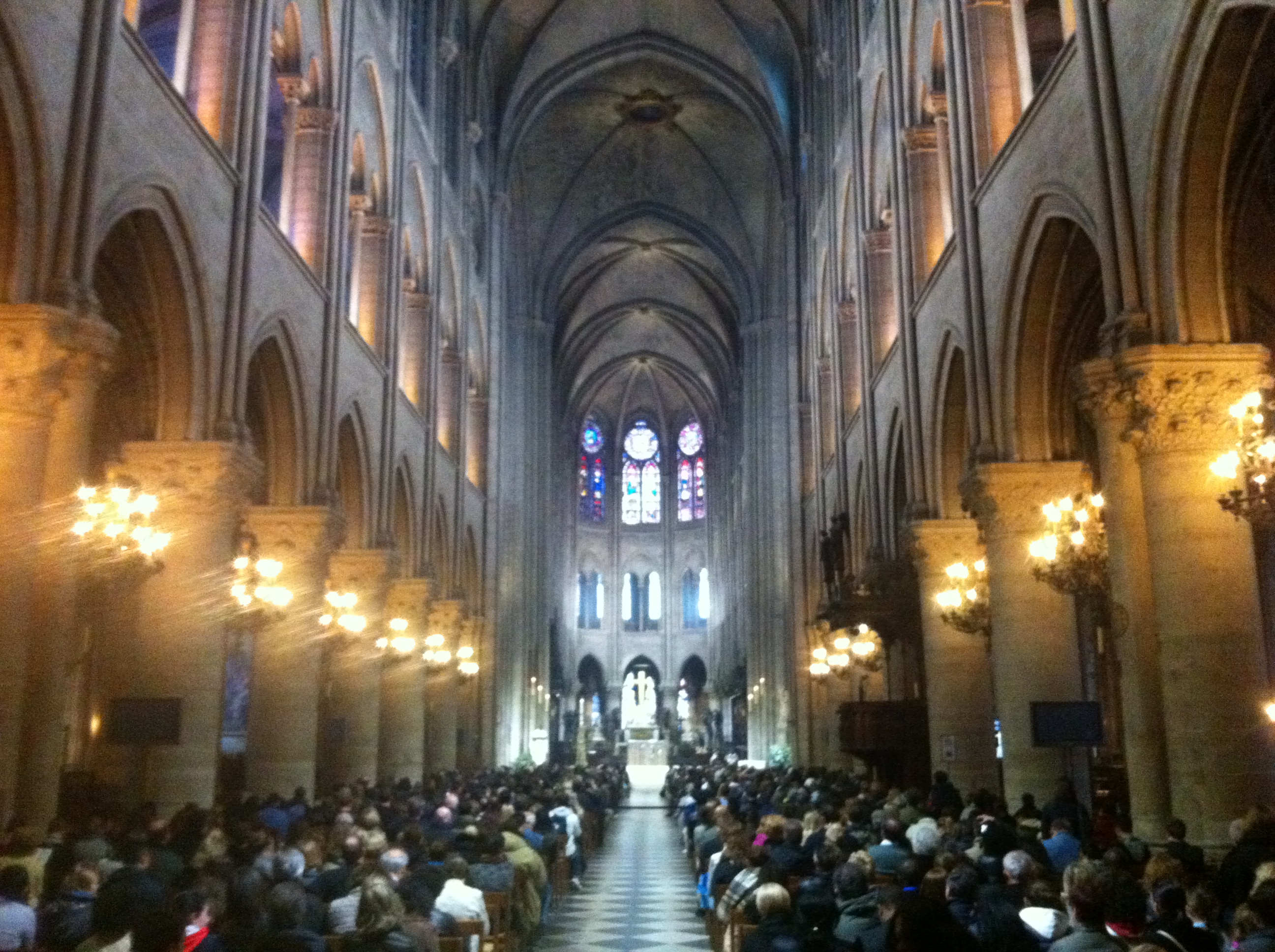 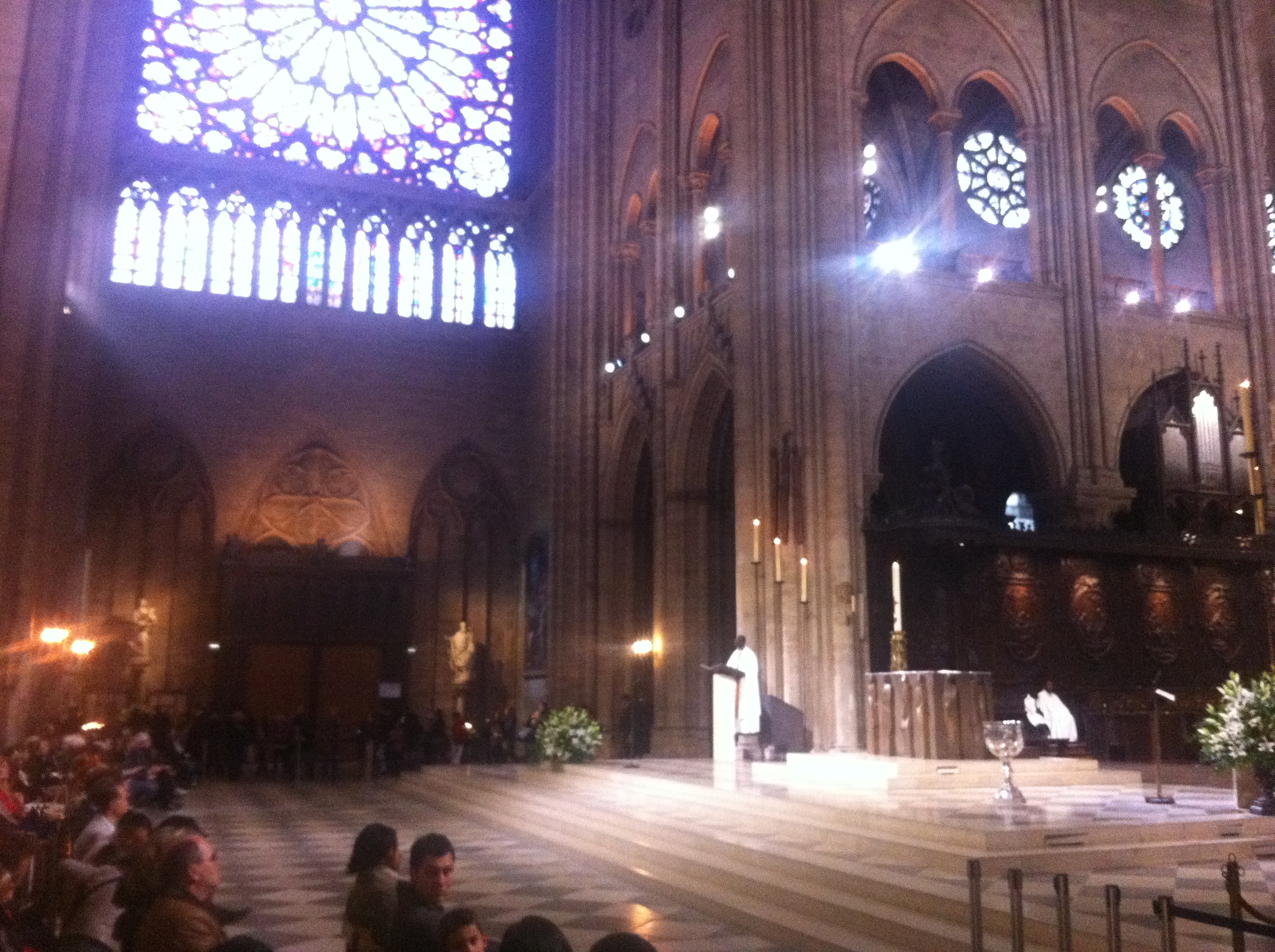 My visit was during mass so the pew’s were full of catholics listening to their sermon, as I rounded the corner I was a little surprised to see the priest speaking was black, I’m not really sure why this surprised me but hundreds of candles soon took my attention. 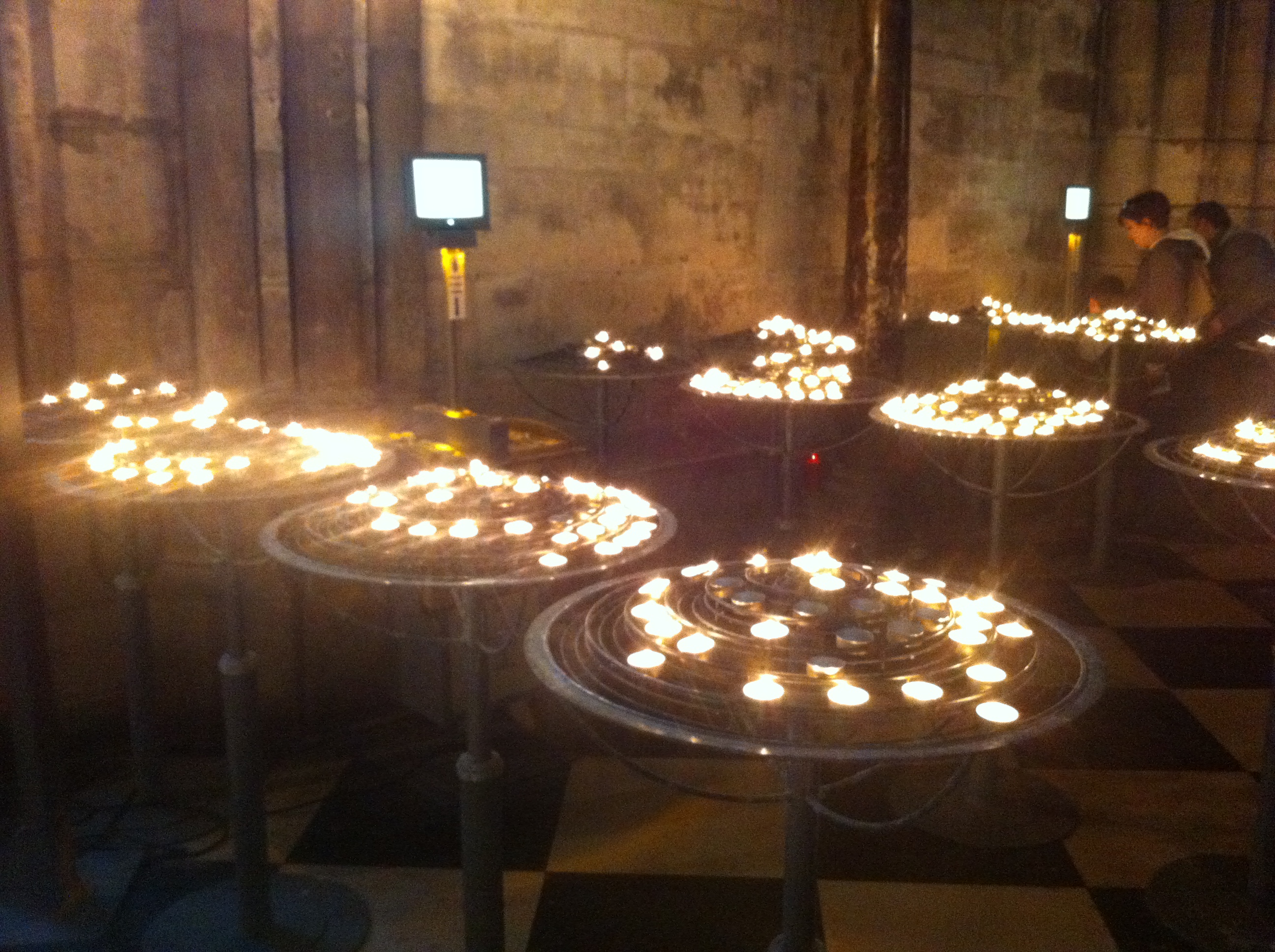 The candles can be lit during mass, to represent the solemnity of the occasion, but your expected to pay 2 euros to do it, or 5 euros for a big candle. 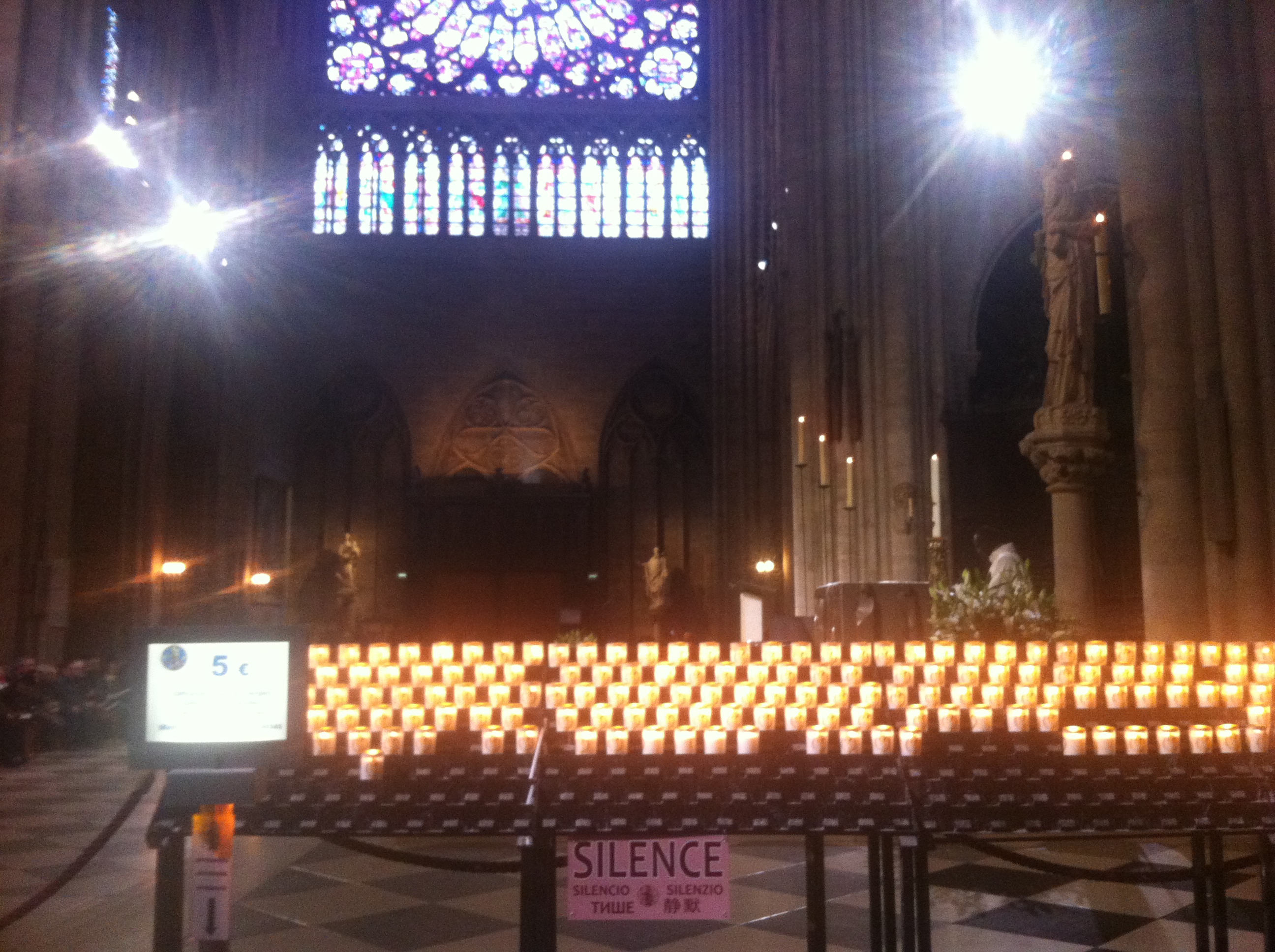 All around the cathedral there are different alcoves for different saints, which you are allowed to enter if you want to pray. With it being fairly dark in certain areas I couldn’t quite get a decent photo. Photographs are allowed so long as you do not use the flash, although be warned, going to the cathedral when it’s busy can be like trying to dodge bullets with the amount of people trying to take pictures!

The cathedral is free to enter, but if you want to climb the stairs to the viewing platforms at the top of the towers there is a 7 euros admission, or 5 euros if your aged between 18 and 25 (under 18’s go free).
As I exited the building I noticed police at the entrance, but then I spotted this lonely soldier (see picture underneath) it seemed odd for him to be standing there all alone. I hoped a child would run up and offer him money thinking he was a street performer but it never happened. 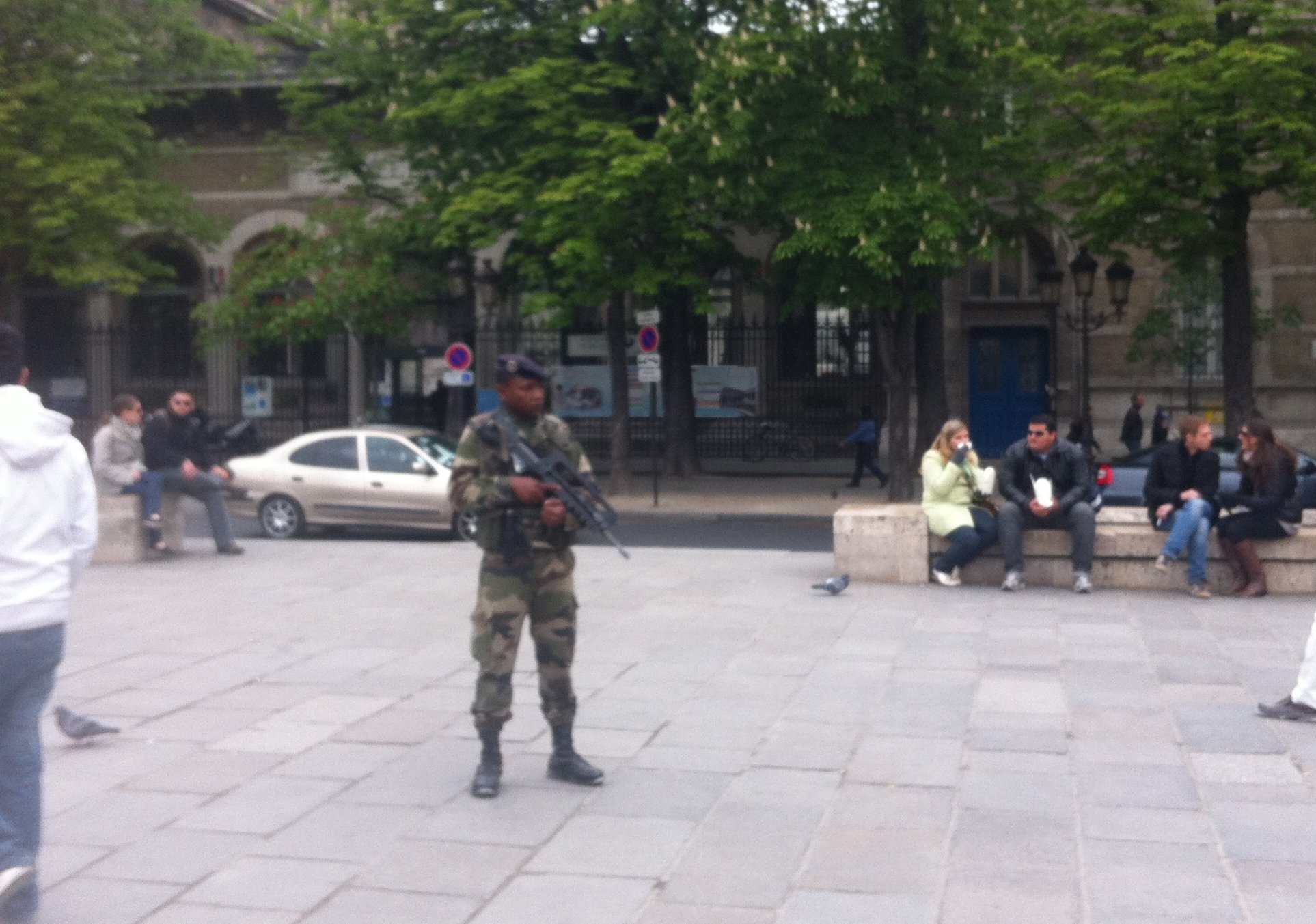