‘There’s them flying fox bats again’ I chuckled, aiming my arse at Ste and making a squelching sound. A few days earlier when we’d went to watch a movie at the moonlight cinema one of them had dropped a turd in his lap, if it happened again it would be nothing short of divine intervention to make me laugh, but it never happened.

We strolled into the gardens along by  some navy ships in the harbour. I was informed somebody had been attacked by a shark in there during a training exercise, you wouldn’t think sharks would be in such shallow waters. As we rounded a corner the views over the harbour were awesome, and just to our left were all these peculiar beautiful trees and plants.

As we walked deeper within the gardens we began to see other more bizarre plant life. With the bats resembling terradactyls and the other strange wildlife it was starting to feel like something from Jurassic Park, except there was the big hulking opera house right in front of us. 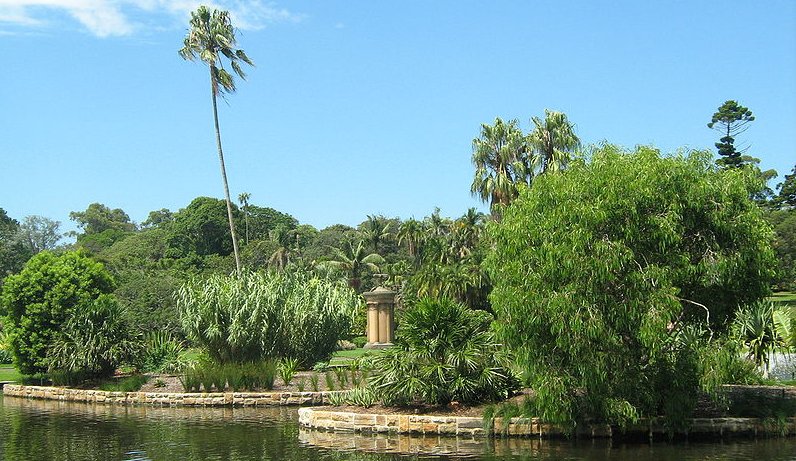 It was strange how it was so peaceful despite it being right in the centre of the city, a sort of utopia where the city slickers could get away from it all over lunch times. As well as the odd looking shrubbery there were different sculptures dotted around and some lawns where they had all different types of grass. 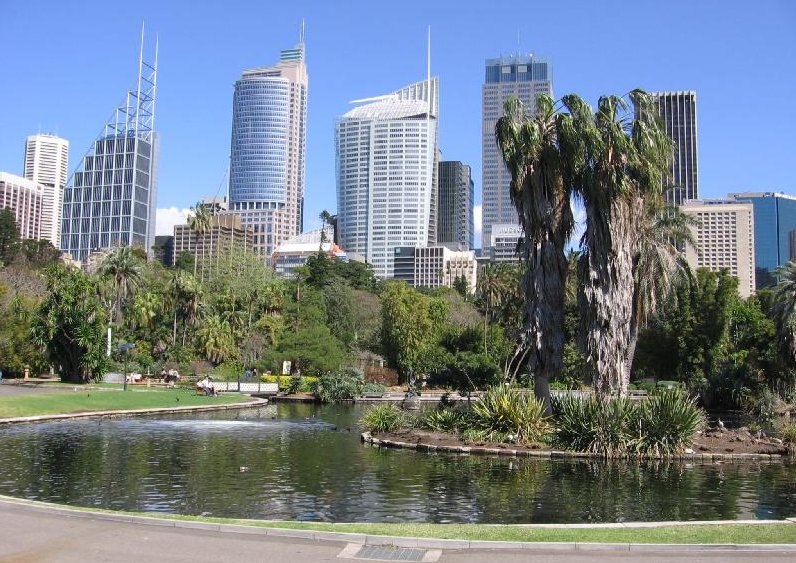 Once we’d found an open enough area I broke the seal and removed my 3 dollar boomerang from its packaging, several attempts later I still  couldn’t get the infernal weapon to come back to me, all I seemed to be doing was antagonising the nearby joggers, Ste was now edging away trying not to look like he had anything to do with the crazy man-child and his new toy. Eventually I gave up, and we exited the park to eat pie and peas at an allegedly famous little pie van. It was covered in pictures of celebrities who’d ate one of there pies, with Dame Edna Everage and some former Neighbours cast members taking pride of place. The pie was tasty though. On the way back through the city we tried doing some real celebrity spotting but we never seen anybody, so instead decided to just pick people who looked the same as real celebrities, my favourite was Terry Nutkins.