This is the inevitable future when you go to see the latest Fast and Furious movie then drive down a steep bank on your way home from the cinema… you end up thinking your Vin Diesel in your mediocre car that has an egg whisk for an engine and start to floor it imagining its miraculously transformed into a rakish Dodge Charger. Then there’s a flash of light, you ease off the accelerator and rationalise that it will be ok, there was probably no film in the camera?

Fast forward 6 weeks and your ultimatum arrives in the post. You have two choices, pay the £60 pounds and receive 3 points on your licence? Or, pay £60 – £100 to attend a speed awareness course and receive nil points. It’s a no brainer so you take the latter. Little do they tell you that each venue is 60 miles apart, with the last course of the day starting at 4.45pm, ironically you end up speeding to get there on time!

Not everyone gets the luxury of this option though, apparently it depends how much over the speed limit you are. In my case I was clocked doing 38mph in a 30mph.

I arrived (late) to the venue where the course was being held, a resaonably sized conference room adjoined to a landmark hotel. After waltzing to reception, drivers licence in hand (you need to take a form of photo I.D.) I got escorted to the discourse lounge. Nineteen other heads turned to see who the late guy was, so I just smiled, shouted hi and hurriedly found my seat.

The course lasts a total of 4 hours, with the first half covering statistics on casualties and deaths on the roads in relation to speeding. I was surprised to learn that out of over 30 million road users in the uk there were only 2222 deaths in 2010 and this figure has been decreasing each year. Mainly down to modifications in car manufacture and improvements on the roads ie. speed bumps outside schools and traffic lights/speed camera’s installed at accident hotspots.

The jolly presenter helped to make this section interactive, asking people to shout out which roads they would guess are the most dangerous etc. Turns out the fast lane on the motorway is the safest place to drive!

Every classroom has one, and our loudmouth know it all had positioned himself on the front row, unsurprisingly as near to the presenter as he could. He started by demanding everyone declare whether they had been in an accident as a result speeding.

Despite his geeky confidence, I grew to like his company. Waiting to hear what he was going to shout out next. I particularly liked his rendition of overturning his car onto its side when he’d fallen asleep at the wheel. He managed to clamber out unscathed but then stood on the wheel to climb down, causing the wheel to spin and landing on his arse. A vulpine smile enveloped his happy head as he looked over to the attractive girl sat in front of me to see her reaction. She seemed unimpressed.

Next we were told a couple of horror stories that had everyone questioning their driving skills. No gruesome pictures were shown, but after geek man’s high jinks it did cause the group to be a little despondent. 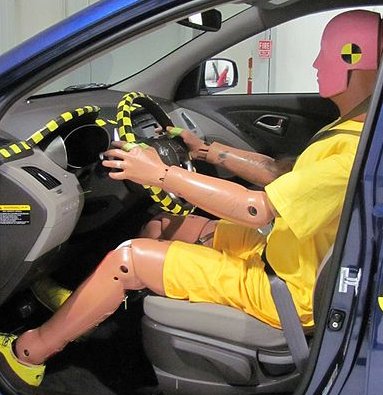 Knowing that hitting someone at 32mph can have such a dramatic effect compared with 30mph (that 2mph causes and impact speed of 11mph) makes you stop and think whether it’s really worth going that little bit extra? Most people zip around town doing around 36mph – 38mph in a 30 zone but should a child run out, your 80% more likely to cause them serious injury or death.

Aside from free glasses of water, nobody tells you to bring snacks. I hadn’t even expected there to be a break. So with not bringing any money I had to elide my hunger as the majority of people ordered sandwiches from the bar next door.

After the 15 min break we were shown pictures of different roads and using an interactive keypad had to guess what the speed limits were for each type (kinda like the ask the audience section on Who Wants To Be A Millionare).

Ten minutes into the disquisition our gossipmonger on the front row had two waiters enter the room with a 3 course meal in hand, I can honestly say I’ve never seen someone put that much salt and pepper on a bowl pasta before, I’m surprised he didn’t start to complain of carpel tunnel syndrome by the time he’d placed his condiments back on the table.

The final part of the course involved spotting hazards in the road as we watched a moving vehicle travelling along different built up areas. We also seen a reconstruction of the 1991 M4 motorway pile up, the worst ever seen on British roads… a 53 vehicle pile up where 10 people died and many seriously injured and burnt by the inferno that ensued. 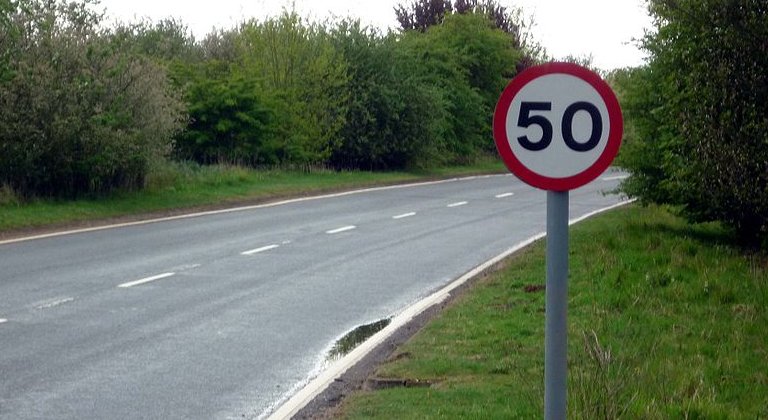 On a happy note everyone seemed to enjoy the evening, there were a few laughs and I’m pretty sure everyone learned something from it.

Apart from it lasting maybe a little longer than needed it was still interesting and fun to participate in.

Unless you’re in a seperate county you won’t have the option to do the course again if you get caught speeding within 3 years. I find it hard to believe that there is anyone out there who never ever breaks the speed limit but hopefully I’ll keep my lead foot off the gas in future, if I did get penalised again and given the option, I’d still choose the awareness course.