Getting back to Prague for Christmas proved more difficult than climbing Everest. The new strain of the corona virus emerging in the UK put a huge strain on my travel plans. Seventy percent more contagious than the last one. Well it would be wouldn’t it. It couldn’t be ten or twenty percent, had to be seventy. How do they even calculate this stuff. It seemed like scaremongering. The UK government had initially said that everybody (all the useful idiots) could have five days together over christmas, then they backtracked and said only one day was allowed. A new seventy percent more contagious virus looked as though it would be the perfect contingency plan to scare the public into doing what they were told. Who knows if they were telling the truth. (It was coming from the mouths of politicians so probably not.) Either way it scuppered my entire schedule for the holidays.
One by one every European country began closing their borders. Each time one country closed their border I would book a flight to enter the Czech Republic through a different country, then that country would close its border too. First it was the Netherlands, then France, then Spain. I was two steps behind every turn and after all of that confusion I lost my passport too.
‘Wonderful,’ I sarcastically whispered out loud to myself. I rang the passport office, they told me it was Christmas and since I was not an emergency it would take almost a month for a new one. Another month stuck in the Uk. Obviously there are worse places to be but I had Christmas plans I’d have preferred to have adhered to.
I took a moment to breath and let go. I looked out of the window to the outside world, it was a nice day and the conifer tree swaying in the cold breeze pacified me somehow. Regardless of the effects of nature I’d already noticed that considering the amount of inconvenience I’d been through, I’d not reacted much to it at all. Maybe I’d reached a new level of stoicism. Either way I didn’t whine about it. I didn’t scream out its not fair to anybody. I took the dissapointments and accepted them. I realised a long time ago that if the earth isn’t the centre of the universe then I certainly wasn’t either.
Each time a flight got canceled I simply stuck to the plan looking for alternative routes and options. The problem with society is that people have grew soft. Men especially. Average testorone levels have become much lower than seventy years ago. The new generation seems to think they were owed something. Severely over-entitled. What had happened to a man being a man about things. Picking yourself up when things go wrong and trying again no longer seem to be the standard. ‘Well that failed, I’ll just go back to my cheetos and video games,’ is the new norm. There’s even an acronym for a certain set of men called ‘MGTOW’s. It stands for, Men Going There Own Way. Usually because of to many rejections from women, so they give up on having any hope of being with a female partner, preferring to anticipate a new technological form of pair bonding… Sex robots with artificial intelligence and lifelike genitals. At least INCELS (Involuntary Celibate) haven’t completely given up and are putting the work in to try to find a partner.
The more I ponder it the more I notice society around me has turned into brats expecting everything to be handed to them on a plate. The minute things don’t go their way their world implodes. Did they not realise that a hundred years ago we were at war? I’ve never much agreed with war but at least guys back then had the guts to stand, to DO something, when it was necassary. Suffering would be inevitable but nobody thought they deserved special treatment.
The problem with believing you’re special is that it diminishes everybody else’s worth. If you’re so special then nobody is special. If everybody gets a medal then medals becoming meaningless. Mummy and Daddy will think you’re special, the rest of us want you to earn it. The only people I see worthy of special treatment are the ones that push through discomfort, the ones that go through the pain of setbacks, that take the loses, but still strive forward.
The society of the 21st century doesn’t seem to grasp the concept that pain and discomfort can be a good thing. Losing can be a good thing. It keeps you grounded. How can you appreciate the good times without the bad? It was a good realisation for me to have, given my set of circumstances. Perhaps a lifetime of my own rejections had conditioned me to shake things off more easily.
With enough persistence and determination I made it to Prague on the 28th. We pretended it was Christmas all over again. Gifts still under the tree and schnitzel steaming on the table. I appreciated it all the more after the hardship of getting there. A happy ending to a crazy week and an even crazier year. 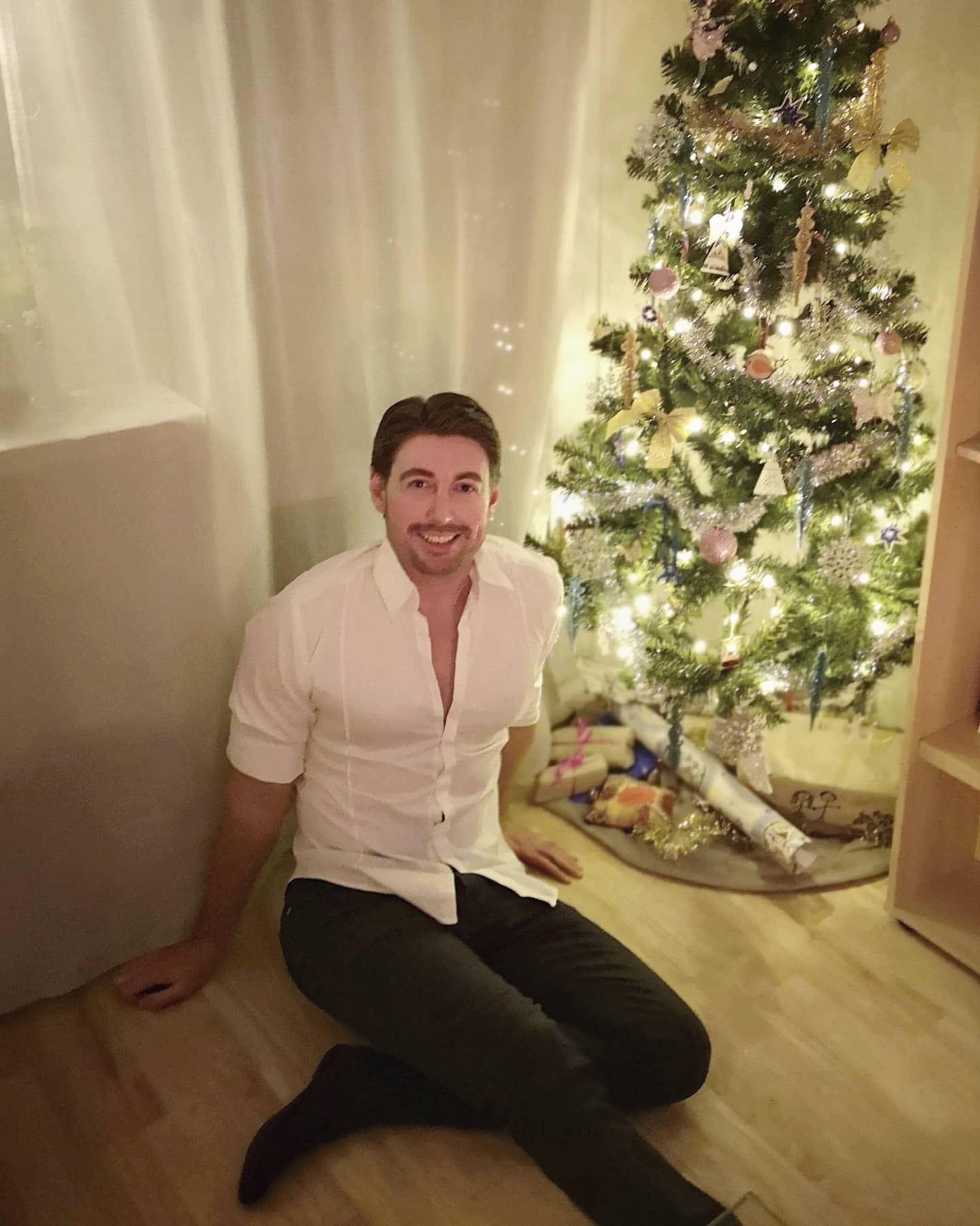