I recently crossed the threshold of having slept in over one hundred separate airbnb apartments. That’s a hundred different and wonderful hosts. All endearing in their own way.
It’s a rare thing to have an unpleasant host. In fact, come to think of it I’ve never had one. Maybe I’ve just been lucky.

I’d imagine staying in a ton of separate airbnb listings makes me somewhat of a connoisseur. So I’ve decided to give you, my beloved readers, my top tips on how to get the most out of airbnb.

While we’re at it, because I’m a generous soul you can have my free referral link. It gives you £25 off your first booking when you spend £55 or more. Not a bad discount by any means so feel free to pass it around.

If you’ve never used airbnb then like a lot of people you might be thinking, ‘Why would I want to stay in a stranger’s bed, let alone their house.’ Fair point. I’m here to tell you airbnb is infinitely better than any hotel and here’s why…

First of all its way more cost effective. Even if you’re renting an entire house or apartment it’ll be less than half the price you’d be paying in a hotel.
Plus, if you’re happy to spend the equivalent of what you’d pay for a hotel you can really get a swanky more extravagant experience like the time I was living in the luxury villa.

Often times the owners leave you special welcome packages, or offer you to help yourself to their well stocked cupboards and fridges too. This all adds up to even bigger savings, but I’ll tell you the best thing about airbnb. It’s when you rent a private room instead of the whole place, that’s when you really get a unique experience.
See, its not always the environment that makes a moment so special, often times its the people you’re sharing the moment with.
I’ve made some great new friends by sharing the apartment with the host. I’ve tried new foods I’d never tasted before. I’ve sat up drinking bizzare Russian cocktails with old ladies. Learn’t more about other cultures. Learnt language’s. Been given rare gifts as souvenirs from multiple countries. These things generally don’t happen when you stay in hotels, but if you like your privacy that’s fine, you can still rent entire homes for less.

By far one of the most memorable accommodation’s was staying with this gay american bloke called Hank who was living alone from his estranged husband. He was one of those camp gays. All feminine and over animated, but he had a weirdly dominant side to him. Like sometimes I’d be unloading the dishwasher and he’d snap, “Don’t put those plates there!” Then he’d flash his veneer smile to let me know he’s still a delicate flower really.

Hank loved being the centre of attention. I think he liked attention so much that that was the reason he rented his spare rooms out. Just so he had someone to entertain. He even let an indistinct number of couch surfers stay on his mammoth settee. Some mornings I’d emerge from my room for breakfast and there’d be up to eight people huddled together in the lounge, usually watching some terrible Australian show on Netflix. I’d rub my eyes with the back of my fists in disbelief, but it was great. Everyone was from a different part of the world and we’d all get to know each other over cheerio’s.

The best thing about that place though were Hank’s dogs. Two jack Russell’s and some massive mongrel thing that looked like a fraggle catcher. He named him Zeus after the greek god. The little dogs were great but Zeus had my heart. He’d just sit there cool as a cucumber while the other two yapped and teared the place up. It was none stop entertainment the entire time.
Sometimes while Hank was home he’d blast 80’s music out the speakers and dance around the apartment singing. Zeus would sit there looking confused as usual but the other two would be hopping around, jumping on their back legs while he fed them treats. They looked like they were dancing along with him. It was hilarious.

Hank was a great guy though. Open minded and had a lot of love to give. I think almost every host I’ve stayed with has been great in one way or another, but for sure Hank’s was the most memorable. The couch surfers. The dogs. The ridiculously huge balcony he had. The meals we all shared together. It was a blast. 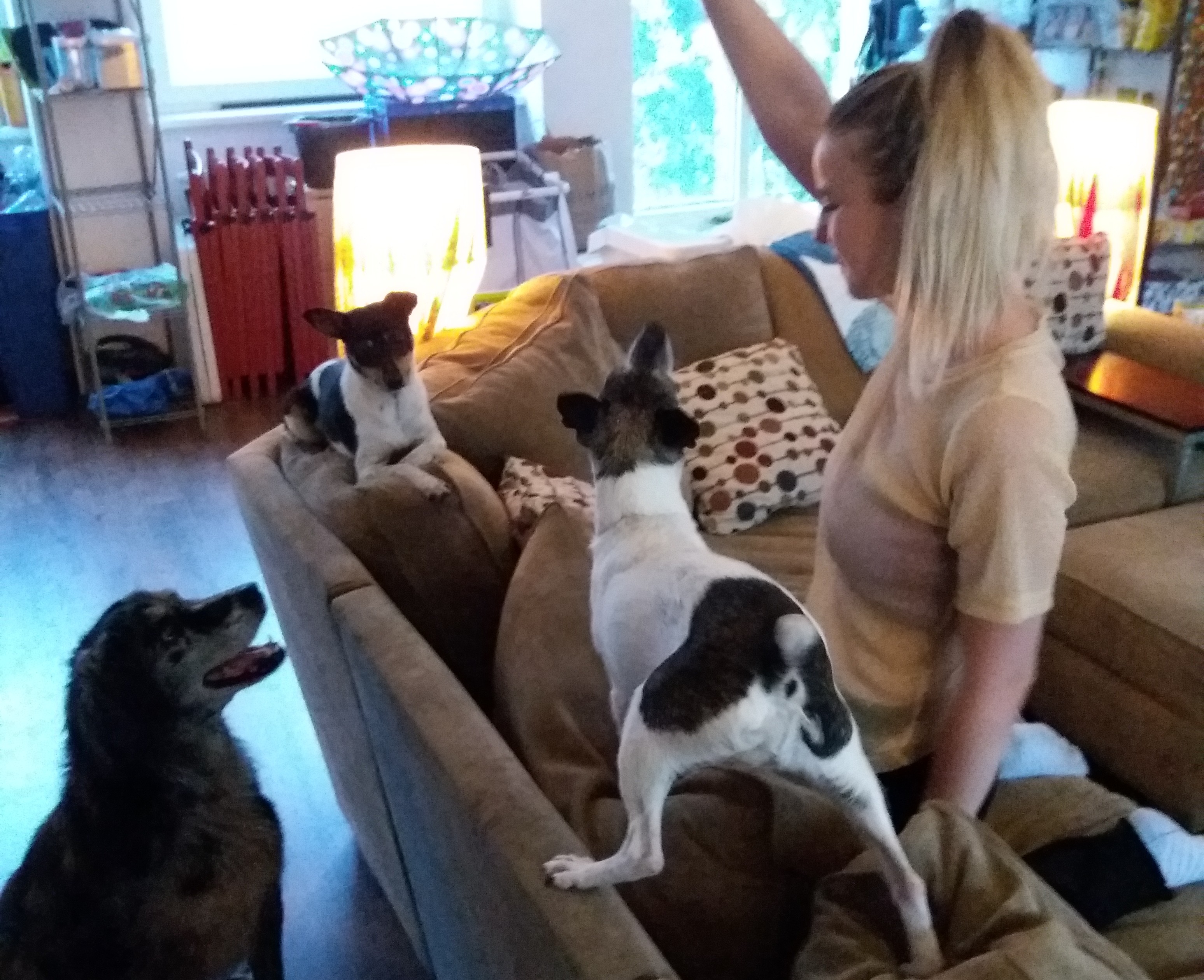 Well if this hasn’t convinced you then I concede. But just know you could missing out on a hell of a lot of fun memories if you never try it.

If however I’ve somehow managed to sway you then here’s a couple of little tips.

Number one with a bullet… make decisions based on reviews not pictures. For some obscure reason people will occasionally take really crap pictures, but then you read the reviews and some will report the place was way way better than expected.
Don’t let one bad review put you off either, sometimes people just don’t get on, it’s a fact of life, they’ll post a negative review based on their emotions rather than the actual place and often times it’s dumbfounded. Even I have a couple bad reviews as a guest despite 99 other people giving me 5 stars.

Book early or book last minute. You can find some great bargains last minute because people drop the price. Especially if it happens to just be for a day or two on the same nights that the owner needs to fill it. Same goes for booking early if it’s a longer stay. You’re less likely to find a decent place for two weeks straight if you don’t book early, usually there’ll be a discount for long term too. If there isn’t a discount then grow a pair and message the owner asking for one. I’ll often tell them I’m a tidy guest so they won’t have to spend hours cleaning after I leave. Don’t be afraid to ask. Only real assholes message back saying you are cheeky for asking, and that happens rarely.

Lastly, I’d say to take the risk and book a place even if it has no reviews at all. Maybe not the first time you use it, but once you’ve stayed a few places and see how it works. You’ll realise it will almost never be as bad as you might expect.

I got this entire apartment for £13 a night because the owner was going on holiday and just wanted someone she could trust to look after it while she was gone. Obviously having some good reviews of your own as a guest will help here. But some of the most magnificent places I’ve stayed have been the ones that were a new listing without a review. Just make sure it’s described well with lots of pics.

That’s about it I think. Don’t forget to use that referral code when signing up. It’s a generous saving off your first booking and a good way to get started. You won’t regret it. You can always message me on Instagram and thank me later. 😉