So today I did the free tour in Munich. For a lot of people they will undoubtedly class the town hall glochenspiel as the highlight of the tour given that it’s Europes 2nd biggest tourist attraction, as to why that is, I have absolutely no idea. The glochenspiels performance lasts only a few minutes and it all seemed to be a bit overrated.

It was 11am and the entire square surrounding the 104 year old town hall came to a stand still as chimes from the glochenspiel began to play. Apparently the chimes had been restored four years ago but still didn’t seem quite in tune. Following the melodious sounds, you begin to see the little figurines of Duke Wilhelm V getting married while the squire’s and jousters put on a show for the audience. Then there is what’s known as the coopers dance underneath, to symbolize perseverance and loyalty to the Duke. Then to finish off the little owl above named Fritz flaps his wings and gives three almost inaudible squaks that resemble that of a chicken. 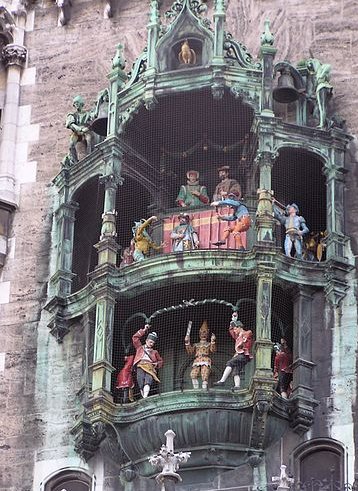 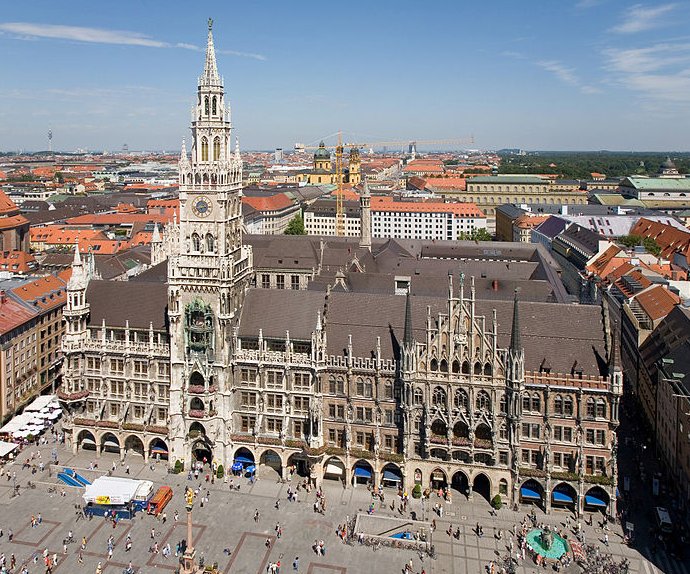 Afterward we were given an educational description of the history of Mary’s column. Fortunately it was another beautiful, warm and sunny spring day so we all had to wince to look at the golden statue of St. Mary held aloft against the bright blue sky.

On the tour I learned loads about Munich’s history, including why there is a cannonball stuck in the wall of the church, and how overindulgent the Bavarians are when it comes to beer. There’s no such thing as a pint in Munich, it’s litre’s (also known as a stein, see pic below) only! Unless you opt for a half litre and be labelled a wuss. 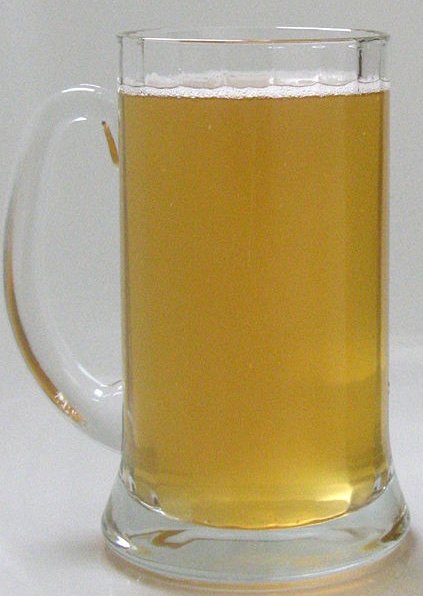 We were shown some great places to eat and drink, the nearby market place allows people to bring their own food to eat along side others at the restaurant so long as you buy one of their drinks. Which in amongst the chestnut trees and smell of barbecued sausages seemed like a great place for a picnic.

Close by there is a statue of Juliet (as in Romeo and Juliet) where you’ll notice one of her boob’s is discoloured, they say if you rub it it brings you luck as well as placing a flower in her arm.

Your entitled to feel free to not pay anything for the tour but the tour guides work on a tip only basis. They only suggest you pay as much as the you think the tour is worth. The guides all seem really passionate about their work, it’s quite infectious, which I guess is why they have been voted some of the best tours in Europe. If you visit Munich I would definitely put this on your list of things to do whilst in the city.