Without getting in one of those shark cages in the middle of the sea the only way your going to get right up close to any kind of watery monster is visiting an aquarium. Aside from little fish tanks in the pet shop I’d never been to an aquarium. Supposedly the one I went to visit in Majorca was one of the best in the world. It also has botanical gardens and a pirate ship where at designated times they put on a pirate show and the pirates throw water bombs at the spectators. There’s an almost scale size model of a shark you can use as a prop for comedy photo’s, which also seemed to be useful as a climbing frame for children – and adults. 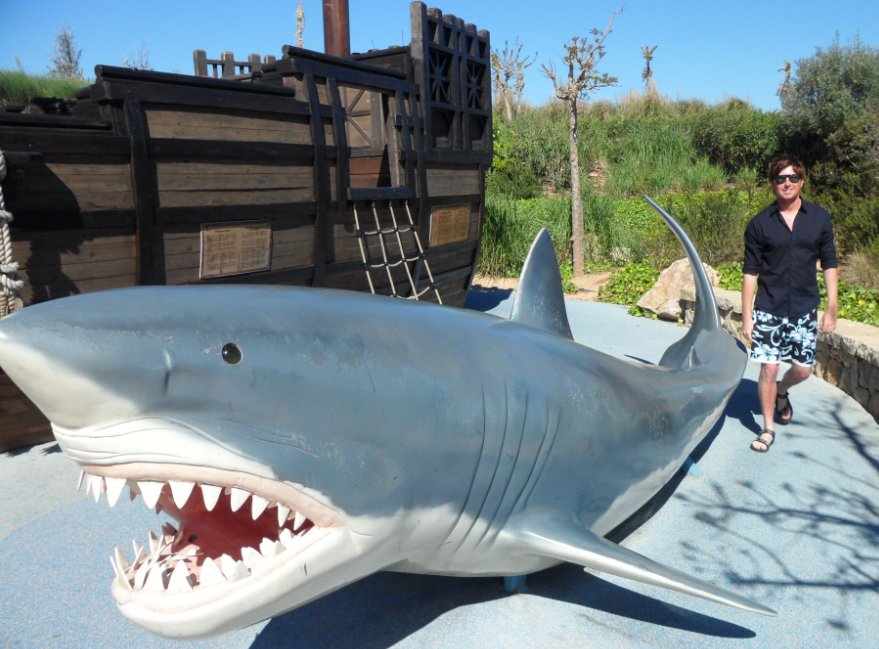 After paying the 20 euros (2012) entry fee (Half price for kids) and getting ‘papped’ on the way in by a photographer hoping to use my silly mug as a souvenir gift to sell back to me later, I entered a seemingly normal aquarium. Kind of like the type you’d see in an expensive pet shop. Lots of little tanks, some with better fish than others but all colourful and funny looking in their own way. Each amphibian seemed to get more charismatic, with my most favourite being the puffer fish. They are the ones that look like someone plugged them with a bicycle pump and inflated them like in a cartoon. 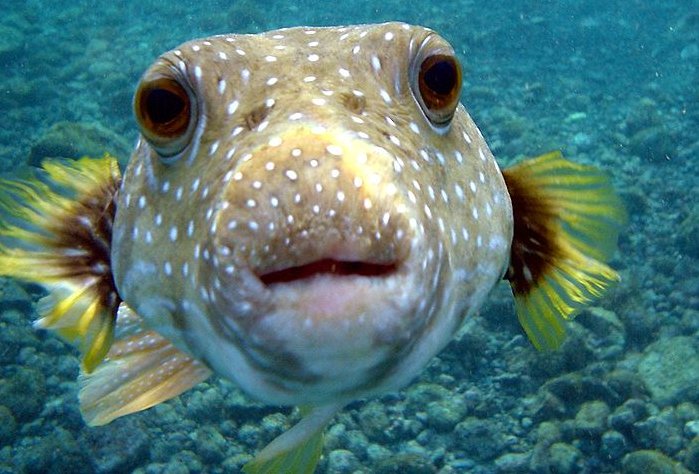 There were also eels and seahorses, which were far smaller than I’d expected. Then there were rays in a separate tank, the assistant allowed you to put your hand in so you could touch them if they swam past, but they were pretty quick swimming back and forth, most likely trying to figure out why their habitat was only 5 feet squared. 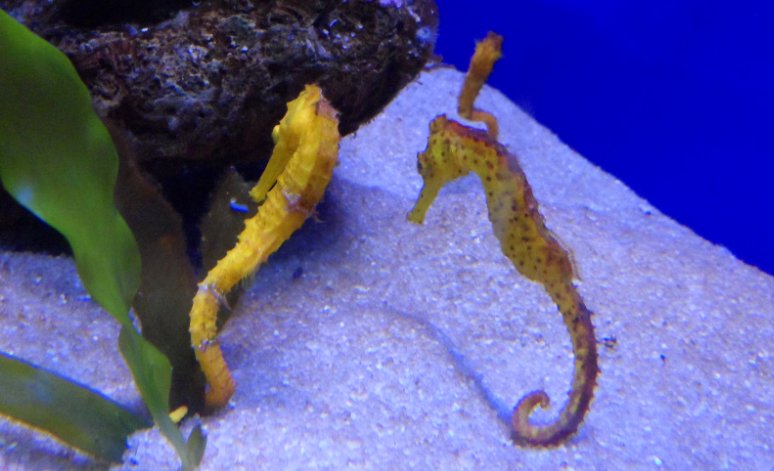 There is no flash photography allowed and the lighting is pretty dim, which made it all the more welcoming to be back outside in the food court area, where they also had giant turtle’s and the pirate shenanigans. Food there was fairly expensive but your allowed to bring packed lunches.

The best bit of the aquarium has got to be the shark tank, a 30 feet deep chasm full of all kinds of creatures not least the sharks which dwarf the divers who get into the tank to feed them! You can watch this whole episode unfold while seated on oversize cushions laid out to customers, just make sure you arrive early enough!

There are also different types of jellyfish in the adjacent room. Many with bright colours, but unfortunately there was no box jellyfish like in the movie Seven Pounds. I wanted to marvel up close and personal at how they moved but many of them were just hovering around not really doing much. Still beautiful to look at, and if you really like them you can a pay the princely sum of 4000 euros!!! in the gift shop to have one encased in glass as an ornamental fixture in your lovely homes. They are already dead of course, it’s not like a lobster tank where you pick your favourite.

If your not a fan of screaming kids running around the place, you may wish to make your visit early on in the season, or else just join in and get excited about all the comedic creatures yourself. It’s a good half days worth of fun and only a stones throw from the beach, so a great way to spend a day out.