When I first got to Helsinki I had a six kilometre walk to reach my apartment, I’d arrived morning time and wasn’t due to get the keys till the afternoon so I could take a slow gentle explorative stroll to get there. Rather than stick to the streets I went off road where (according to my GPS there were just trees) I expected there to be small park type areas (which there were) but these pockets of natural nature felt more like I was back in Canada. I’d loved Canada possibly more than any other place I’ve been, so I was enraptured to discover a vast chunk of these nature reserves were right on my doorstep despite being just a forty five minute walk from the city centre.
There’s something serene about walking through a forest with the sunlight flickering through the branches of the trees, it helps you become present to the moment, conversely it can also help you to think more clearly. In amongst the trees were huge smooth flat rocks to sit on where people could be seen having barbecues or just relaxing in the sunshine. I was impressed, I hadn’t banked on this kind of thing, not being so central in a capital city. It didn’t stop there either, as mentioned when I decided to spend the day at Hiekkaranta beach there are small quaint beaches dotted around the perimeter of the city, some with fantastic views and all with some form of exercise equipment adjoining them. These mini urban gyms were everywhere, it was brilliant, rather than forget you hadn’t done your sit ups for the day, you’d walk a mile in any direction and be reminded by some Finnish guy doing his best rocky balboa training montage.
So far so good, the summer was still warm, just like in Stockholm, although I was surprised to learn they actually don’t always get snow in the winter, like last year, something they call a ‘black Christmas’. When I did eventually reach my neighbourhood there were people outside there apartments in bikini’s and shorts seizing any piece of grass they could to sunbathe, the Finnish obviously aren’t shy when it comes stripping off, you wouldn’t see this back in the UK for fear they’d get to many quizzical looks for being to far from the social norm.

Living in the Laakso area I soon discovered the infamous ‘rokkimakki’ a 1950’s and 60’s  themed McDonalds that has a pumping sound system and marginally obsessive liking for Elvis Presley. 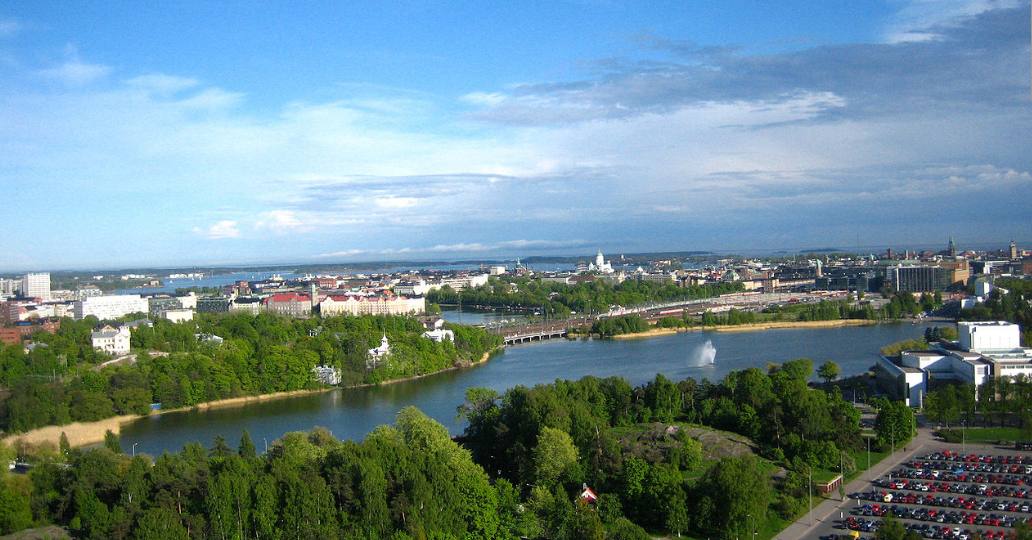 Just a short walk from here and you pass the Olympic stadium and arrive at Töölönlahti, a generous sized lake right next to the city centre where you can hire paddle boards or grab coffee at the adjacent coffee shop which is best visited around sunset to appreciate the view.
If shopping is more your thing there are three main malls to choose from, Forum, Stockmann and Kamppi.

Unfortunately I didn’t get to live in Helsinki for as long as I would have liked, the main reason being the astronomical price of everything, it’s possibly the most expensive European city and despite the beautiful surroundings I could not justify being there for longer than a month. Also I generally tend to spend a lot of time in city centres so prefer some history surrounding the buildings but everything just feels so modern, which is cool, but gets boring quickly.

I like the Finnish people, they have a lot of time for you and would happily stand all day and chat if you let them, which makes it slightly bizarre that they can come across quite serious a lot of the time, and can sometimes be slightly impolite, for example in my entire time there not one person held the door open, I mean, that’s just obvious manners right? …you walk through the door and you hold it open for the next person. The flip side of this is that if you ask the majority of people for help they’d be happy to jump to their feet and do what they can.
Helsinki’s probably not somewhere I’ll be visiting again soon, for a city it has that small town feeling about it, I regularly seen the same faces which is rare for a capital city, for some people they’ll love this, but for me personally when I’m in a city I like it it to feel like a city.