Between the ages of about sixteen to nineteen I went on sunbeds quite a lot. I liked how much healthier I looked with a tan. Most of the tan on my face was freckles though. I didn’t like them so much but you barely see them now. Maybe they all joined up.

From around twenty I started going on regular beach holidays to Spain and Greece. . The sun would always be shining there, and if it was warm enough in the UK I’d be out in the garden starfished on a sunlounger any chance I could get. Not only this but I was working outside too, usually shirtless.
All that radiation and not a lot of sunscreen doesn’t bode well for healthy skin and a radiant complexion. Incredulously I still look pretty youthful. It’s hard to tell whether it’s good genes or the fact I began dodging the sun as much as possible from around twenty six or twenty seven years old.
I’d started to notice the first signs of sun damage and from then on I did a complete 180 and went from being a sun worshiper to a sun apostate. But if there is one thing I remember from all that time lazing around in the UV it’s how happy I felt afterward.
I’d look at myself in the mirror and see a hundred new freckles and already a lightly deeper shade of bronze. I thought it must be psychosomatic that my mildly improved appearance was what had me feeling happier. Over the time since then though I’ve come to realise it’s actually the short bursts of sunshine combined with the deep relaxation that works wonders on your mood. 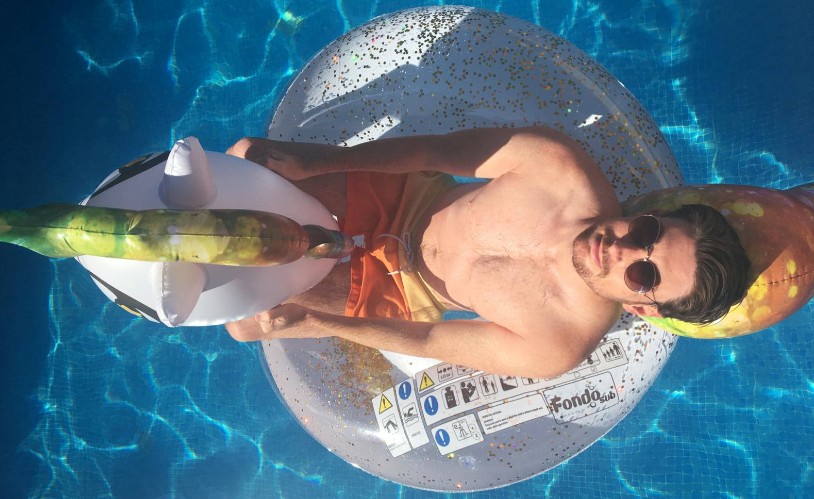 I had a great reminder of this just last week. A few days lazing around in the Spanish sunshine. Each day seemed to last forever as I lay there in my inflatable unicorn that I borrowed from some other holidaymaker that had left it behind. My head in a book and the occasional vodka in my hand. Even the hangovers were none existent. I always wondered why there’s barely a hangover while on a sunshine holiday. Now I know. Its the sunlight’s effects on the hormone serotonin. You increase the serotonin production from the sun exposure and those happy chemicals counteract the depression you normally go through the day after a night on the booze. The gallon of water probably helped too. As did the black out curtains in the hotel that help increase melatonin – another necessary feel good chemical. The brighter the day and the darker the night then the better you’ll feel. That’s why most people feel shitty in the winter.

Throw in some Vitamin D for some healthy bones and immune system and there you have it, an easy recipe to feel great, all you have to do is get half an hour of decent sun exposure a day. It’s only when you start abusing it and oiling yourself up for a half day of sunshine gluttony like I used to that you’ll be more likely to run into health problems.