Ever since I watched Point Break for the first time I’ve wanted to surf, but it wasn’t so much about the fun factor, I always had the impression surfers led a pretty cool lifestyle. You see them on interviews and they don’t have a care in the world, they seem to come across as all humble and nonchalant like they are at peace with everything.

So what is it about surfing that makes the people who do it as a hobby so care free?

I trundled down to my nearest surfing hot spot to find out. With its old pier and beachside amusements you wouldn’t expect Saltburn to be a good place to surf, it isn’t exactly the best place in the UK, but it’s not the worst either. 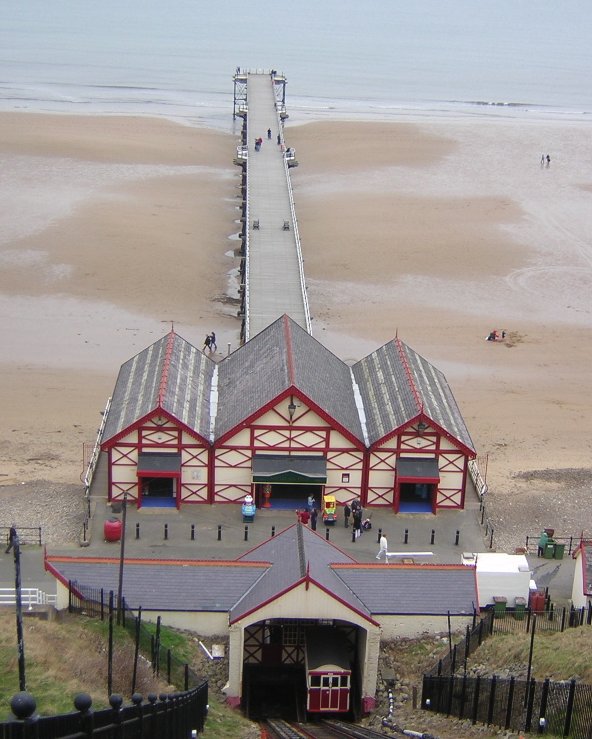 I had a surf lesson booked in and hoped on arrival the size of the waves would be sufficient but not to overwhelming. They were around 3ft which was just about the right height.

I met my instructor, he was well tanned with the stereotypical aforementioned surfer attitude. His personality was cool and confident, like a hybrid of James Bond, Tom Cruise and Clint Eastwood. After hiring out a wetsuit and beginners board we walked down to the beach where he basically had me lay the board down on the sand and showed me where to place my hands and position myself on the board. After a few rehearsals of standing up we waded into the water to do it for real.

I could feel the water slowly start to trickle into the suit, this is England and no matter how warm the weather may seem outside, that water is cold. It had the same effect as when someone puts an ice cube down the back of your shirt, BUT it’s only uncomfortable for a few seconds, it’s pretty amazing how quickly you warm up and adjust when your wearing a wetsuit.

We didn’t go to far out, just enough to allow the waves to be the right height to carry me. I wasn’t to stand on my first few attempts either, just to stay laying on the board and get a feel for the ocean and the way it moved.

As the first wave thrust under my feet I felt myself being lifted up, it was a similar sensation to going down a slide face first, a bit scary but exciting. The crest of the wave began to shunt me forward and within seconds I was skimming across the top of the water faster than expected. I came to a halt on top of the sand and heard my instructor shouting ‘Good job!’ behind me.

It was great fun, and for the first time I got a real sense of how exciting it would be to be a seasoned veteran with total control and maneuverability of the surf board.

After a couple more practise runs of laying down I was finally given the chance to try standing. We went a little further out this time for bigger waves and a longer ride in to the shore line.

Again the wave tilted me up from behind, I dipped my hands into the water and gave three powerful paddles before attempting to stand as the wave began to carry me, I’d barely even got to my knees before I’d lost balance and was plunged head first into the sea. I felt the surfboard still being pulled and then a sharp tug on the leash as it yanked my left leg, and then I was afloat again rushing from the newfangled feelings I was experiencing, although getting an endless supply of salty water in my gob took the edge of the buzz!

After several more attempts I eventually managed to stand for what seemed like a minute but in reality was about 3 seconds. ‘Surfing is hard’ I thought, it takes a lot of balance and correct weight distribution. Like any skill, once you know the basics it’s really just a case of practising.

I wouldn’t necessarily suggest getting surf lessons like I did because there are plenty of surf videos that can teach you what to do for free. Most places hire out boards plus wetsuits for around £20 (2013) an hour, which may not seem like a long time, but wading through water for the majority of that hour isn’t as easy as it looks, unless your super fit you’ll be more than ready to hand back the equipment and go lay on the beach to catch your breath.