Snowboarding looks cool, and seeing as I was in Finland to celebrate the new year I decided it was about time I learnt how to do it. The nearest I’d ever got to a ski-slope previous to that was a dry run slope when I was about 10 years old.
I had fond memories of that jovial little trip though, laughing with friends and family all dressed in incandescent shell-suits. I even still remembered some of the basics, like keeping the ski’s in the plough position to slow down. I could also remember how much it hurt falling over onto a hill made of wire, so I hoped falling onto hard snow wouldn’t be quite so unpleasant.

The place was called Ruka. With it being quite close to the Russian border, there were a lot of Russians holidaying there, with their big furry hats keeping their ears warm. Then there was me, I hadn’t planned on visiting any ski resorts, so I had to mooch some clothes, and a jacket that would keep me warm, so long as the temperature didn’t dip down to freezing. At the time the temperature was minus 24 degrees. Even taking the gloves off to adjust my ski boots meant my hands started to hurt within 2 or 3 minutes of being in the wind chill. Not to be put off by a little bit of cold weather I clipped my boot in and set off down the smallest decline I could find.
I managed about a whopping 2 feet before falling flat on my face. As the children laughed at the silly man in his silly clothes I got myself back up – which was a mission in itself – ‘Ok, remember to lean back this time’ I said to myself.

After 3 attempts I managed to accomplish my goal of around 10 feet without falling over. Urchins still sniggered and shook their heads though, the little swines.
Righto, time to get up the top of that hill using the ski lift, this should be fun. Fortunately it wasn’t the type where you sit in the chair otherwise I’d have undoubtedly caused myself serious injury. Instead it was a constant moving rope to hold onto. It takes considerable upper body strength to begin with, but once you perfect your technique its relatively easy. I still seen people losing their grip and falling over though, this didn’t happen to me so I must have been doing something right.

Once at the summit of the beginners slope I looked down to the base of the hill, it looked a lot less intimidating from the bottom.
As I began my descent I took as much time as I could, worried that gathering speed would have me peeing in my borrowed pants, followed by a bad fall and a broken limb. A tortoise would have made it to the bottom of that hill faster than I did, yet I still lost count of the amount of times I fell over. All the while 70 year olds and 5 year olds whizzed passed me each time as I tried to regain my balance. 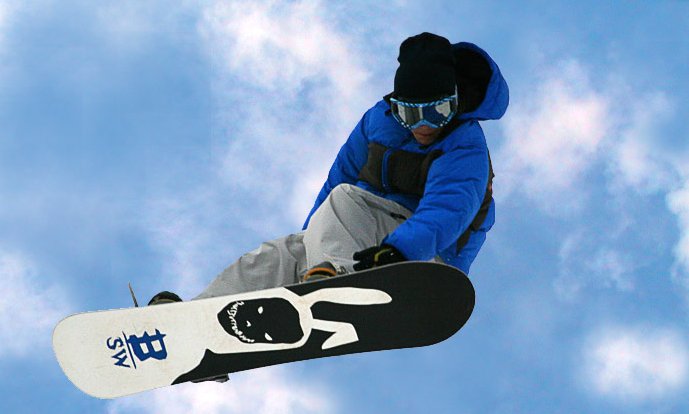 Imperceptibly I acquired more confidence, and by the 5th or 6th time I was zooming down the slope as fast as I could! Resembling a James Bond baddie in my black jacket and black pants, except for my bright yellow beginners helmet.
There were no more laughs from juveniles, and on that first day I even attempted the intermediate slope. I’m far from being any kind of professional, but I’m sure anytime I return to the slopes I’ll be able to recall the method used and be able to keep my balance.