Had a late night last night so had to drag myself out of bed this morning for a wash and make myself presentable for the tour I decided to do. Sandemans do several tours, one of which is free but I’m doing that one tomorrow because today was my only chance to do the third reich tour.

My knowledge of the world wars and Hitler’s rise to power is extremely limited since I much preferred staring out the history class window watching the girls play hockey while I was at school.

Much more fun than reading a book this tour seemed the quickest way to educate me about Germany’s past and the role it played during the world wars.

We met our guide (Tom) outside of Mary’s column, just next to the eerie looking Munich town hall, which is where the beginning of our informative walk began. 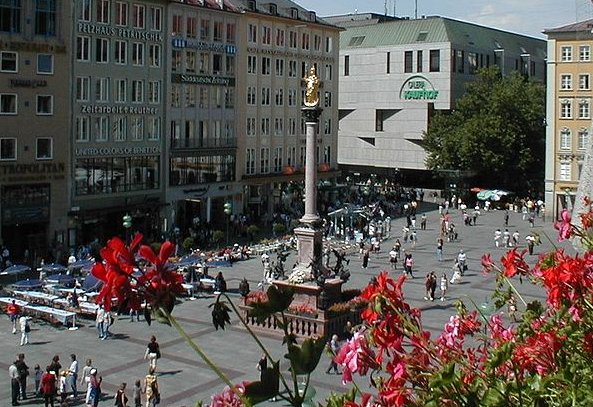 There were only five of us, one German, who had an uncanny resemblance to Albert Einstein and insisted on adding his own commentary whenever possible, a couple from Singapore, an oldish well educated mexican lady, and me …a fairly UNeducated Englishman considering the amount of times I asked questions that everybody else already seemed to know the answer too. Tom (also english, from Wolverhampton) put it down to the fact I’m from northern England. Meh!

After being given a bit of background about how the first world war started and what the third reich meant (third empire) Tom began telling us about Hitler’s upbringing. How despite his monstrous legacy he also had a deeply loving side to him and rushed to be by his mothers bedside to take care of her before her death in 1907. He also had a passion for art, with a natural flair for drawing buildings. Unfortunately he wasn’t so great at drawing people and so was refused entry into a Vienna art college, otherwise the world may very well have been a different place. Few of us were also surprised to learn he was actually Austrian, and regularly enjoyed a visit to the Munich opera house 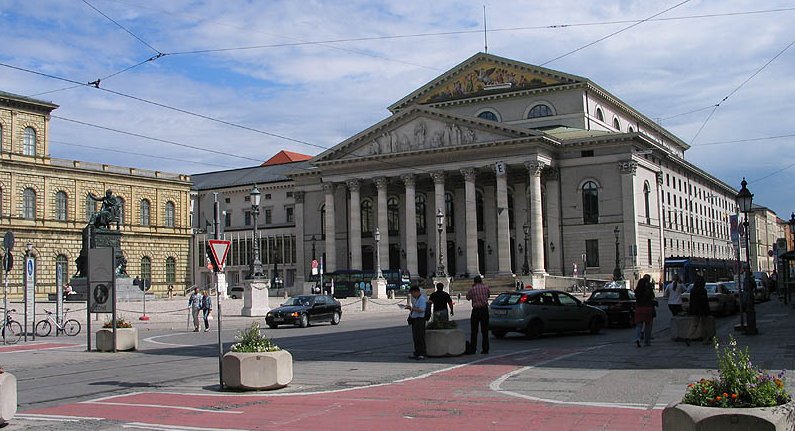 Just around the corner of the opera house on the way to Odeansplatz a nazi plaque was placed on the wall, where if people refused to hail Hitler as they walked past they would immediately be sent to the Dachau concentration camp. The way people of the resistance would get around this was to walk through an alleyway just before the plaque that would still lead to Odeansplatz. This cut through later became nazi guarded where again people who tried to take it were sent to Dachau, and is now symbolized by golden bricks along the pavement.

We learned that nearly all of Munich was destroyed and has been rebuilt over the last sixty years. With only a handful of original wartime nazi buildings left undamaged.

The tour itself lasted around 3 hours, most of that time is spent walking or standing although there are a couple of opportunities to take a seat or grab a quick coffee. For the 12 euros it cost I thought it was definitely worth the money and would advise anyone visiting Munich to take the tour.