Anybody who’s ever managed to pull off any kind of magic trick with pizzazz, whether it be a simple card trick or a vanishing coin, will be well aware of the overwhelming yet subtle buzz that emanates itself afterward… you become very pleased with yourself, and end up looking like that kid who always had the best plaything on toy day at school, all proud and contented like you just bench pressed the world. The more dumbfounded people are, the more this feeds your ego. So it’s no surprise everybody would like to be able to do magic.

I’d learnt a few easy to do tricks in the past, but gave up trying to learn any harder ones after occasionally failing to achieve even the simpler sleight of hand manoeuvre’s. When a trick fails and your caught out, it has the complete opposite effect and painstakingly deflates your ego rather than massage it. So I resorted to only beguiling people who were drunk at parties, in the hope that should I make a mistake, they’d be to befuddled to notice, yet I’d still get the desired aftereffect of stupefaction and astonishment. 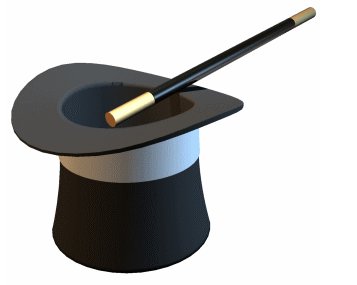 This is all fine and dandy, but if you really want to get people’s admiration you need to up your game a bit. Enter crazy turkish magician man, who managed to capture my attention at the local shopping centre by having a coin floating in mid-air right next to my human head as I walked past him. Like most people, I kind of done a double take and frowned in bewilderment, but unlike most people, it stopped me in my tracks to investigate more.

“Do that again” I felt the words escape my mouth before I’d had chance to reconsider whether I was about to be duped into paying an overpriced amount to learn the secret.

Sure enough though, he flung the coin in the air again and off it went zipping all over the place, magically controlled by some weird invisible power he possessed between his hands, or at least, that’s the way it looked. Un-flipping believable, then he asked me for a credit card and sent that flying into space. What kind of sorcery was this? I don’t think I’d ever been that taken aback, not even when dear old Grandad produced a coin from behind my ear. This unmistakingly was REAL magic, and for the small sum of twenty english pounds the turkish wizard pledged to give me his powers.

I fumbled in my pockets to see what cash I had, reality started to kick in during this time and I began to have second thoughts, I decided I wanted to finish my shopping and think about it, promising to return in an hour or so if I still wanted to give him my money. To begin with he acted unphased and I began to walk away, then he sent his coin whizzing past my ear again, I laughed it off and continued to walk. “Ok, Ok, for you my friend fifteen pounds” he muttered be’grudgingly, again I assured him I would come back but just wanted time to think about it. Not so much to think about whether to pay him, but more to think about how he was doing it, if I could figure it out then his trick was worthless. “Please, seeing as it’s you and there’s not so many people around today I sell you for twelve?”

Whenever I think about whether I may be wasting money on something, I remind myself the fortune I’m saving by rarely buying/drinking alcoholic drinks. I glanced over to him with a smile and he knew he had me, pulling me back over to the stall with his other hand out for the money. I reluctantly gave him it, and he started fiddling about behind his ear with a grimace on his face, he looked like he was about to pull off a facemask and reveal a new identity like something off Mission Impossible, but instead he tore away a piece of sticky tape from the skin close to his hair line behind his ear. I looked at it expectantly and he smiled, “Look closer” he said, as he moved it closer to my face I began to see an extremely faint piece of thread stuck to the tape, I followed the thread which inevitably led to the coin, and stuck to the coin was a small black blob which I previously hadn’t seen during the time the coin was in motion. The black blob was actually magicians wax, a strong sticky flexible substance that had been kept under his thumb nail before he began his trick.

When I handed him my credit card I knew there had been nothing attached to allow the card to fly, through sleight of hand he had pressed the wax against the card as he took it from my hand, therefore allowing the card to freely dangle from his ear in mid air if he was to let go. When he spun the card the wax was virtually no longer visible and he would use his hands to manipulate the thread which controlled the direction he would want the card to spin. This may sound simple and not very illusionary at all to read, but with a few hours practise I was going to every party with a piece of invisible cotton dangling from my behind my ear lobes and amazing people in more profound ways than thought possible!

Sadly its really uncomfortable having a piece of sticky tape stuck to your head when your trying to socialise, so for that reason (and the fact I’ve pretty much showed the trick to everyone I know) I’ve decided to let the cat out of the bag. I’m sure there’s probably videos on the internet that show you how to do it if you want to learn it too, and magicians wax can be bought from magic shops for less than a fiver. It doesn’t take long to perfect, you just need a bit of patience, it’s simple, really effective and awesome for wowing nieces and nephews who really will think it’s magic!