Tennis tournaments on TV bore me a bit, the finals can be exciting sometimes I suppose, especially if one of your countrymen are playing, but other than it gets a bit tedious, so you can hardly put me down as a fan of tennis. Like something from an episode of The Wonder Years though, me and a couple of friends spent a childhood addicted to playing almost every summer.

The club we played at was ran by some snooty middle class OAP’s, so I don’t think they much liked us turning up in our tatty Dunlop’s, but we still managed to gain membership. Since that summer I’d tried several times to revive my passion but for some reason just didn’t much enjoy it.

It wasn’t until I bumped into an old buddy from when I used to play that I decided to give it another go and see if I was still any good at it.

After driving past some brand new courts I’d noticed had been erected, we looked for someone to enquire with but couldn’t see anyone about, and so decided we had no other alternative than to waltz onto court and start playing without consulting anyone. Really we should have investigated more thoroughly, it turned out the actual club itself was further up the street, on the other side of the road, behind a big wooden fence.

After one of the committee came over to chat and discuss the club’s fee’s with us, the affable gentleman agreed to let us just play that day for free since it was almost february and the place was quiet.

We didn’t really play properly that day but agreed to return the following week and sign up. It was only 10 pounds until April, and then 80 pounds for a year’s membership (April 2012), which includes some free coaching (yeah I need it). 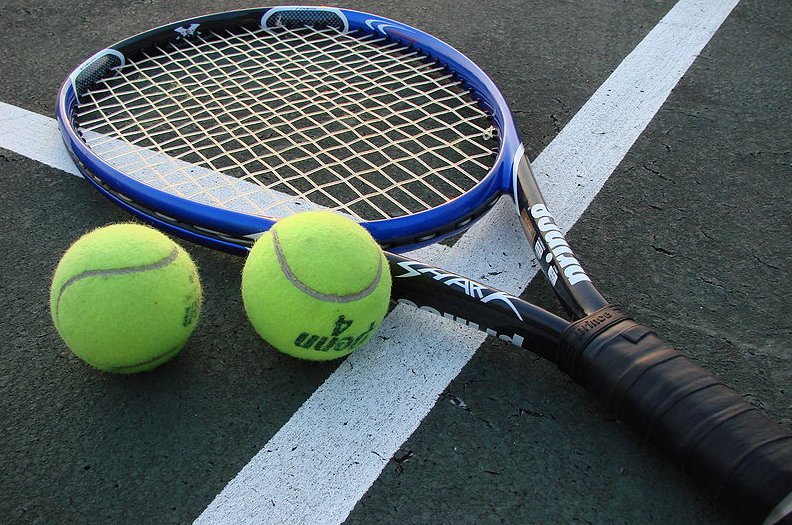 In the times I’ve played since, I can conclusively say I’ve become abisinister compared with the skillset I’d had 20 years ago. Having the same junior slazenger racket hasn’t exactly helped, but I’ll be get a new one soon once I know I can play half decent again. In the mean time I’ll continue to be blinded by the sun when I’m on the northside of the court, and struggle to return the sockdolagers that come my way.