It’s always been a bit of fascination of mine to see people allow themselves to get out of shape. The lazy and the blind. I’ve talked to people who are morbidly obese and thought they looked fantastic. These delusional nincompoops are on a fast track to a heart attack but there’d be no use telling them. Obviously they are only fooling themselves but fair play to them, no body hang ups is better than many body hang ups.

I’ve been lifting weights since I was 16. I bought a muscle building encyclopedia out of the back of a sunday newspaper supplement magazine and became engrossed in the hobby like a wannabe mechanic with his first ever Haynes hardback. The manual was called Muscle Dynamics. It was great. Although not as scientific as the information available now it still gave me everything I needed to know. The exercises. The movements, and the form. What to eat and what not to eat. Plenty of protein. Most important.
I kept training but in those early years my diet was terrible. Takeaway’s almost every night, and then the left overs for breakfast. It wasn’t unusual to eat four or five packets of crisps in a row and follow it with a one hundred gram bar of galaxy caramel chocolate for dessert. Not that it mattered as much then as it does now. A young man in his late teens and early twenties is at the apex of his muscle building career. My testosterone therefore was obviously at its highest and my focus was at its finest. I don’t recall ever having such a precision-like focus in the years that have past.

So I at least had a good starting point, but I’d neglected the gym in recent times. Anytime I felt the need to exercise I’d ignore it until it went away. I’d also neglected to eat. I’ve never had much of an appetite I can quite easily breeze through a day on only two meals. Thankfully not crisps or chocolate anymore at least, but still, it was time for a shakedown, a last ditch attempt to sculpt myself as best I could before the year was out. To go into the new year with a good physique and build on it during the lead up to the summer of 21 so that I could swagger around the beach topless in southern Europe if Boris ever let us travel again. I at least wanted to get back to where I was three years ago in Spain where I had decent muscle definition and that smug annoying look that said, “Yeah, I’ve got pecs and I’m in Ibiza bitches.” I’d like to think I’ve matured since then. 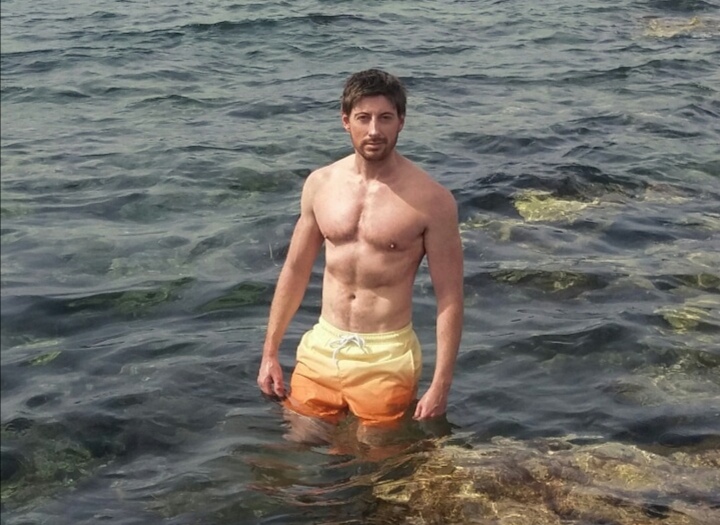 In order to get back to my ibiza days I began upping my training sessions and upping my calories and protein. Specifically calories, since I’d withered away to almost 78kg and was in desperate need of some quality nourishment. I’d become what some would call, ‘skinny fat.’ My once herculean shoulders had deflated and it seemed the excess had shifted to my stomach, I was beginning to look like a biafran child from the 70’s, so first to go would be to many high glycemic carbs. The bane of my bloatedness. Next would be less fats and more protein. I started to focus more on a fish based diet than a biscuit based diet. Out with the custard creams and in with the tuna. I’d eat multiple pots of low fat cottage cheese, which was great for the protein and the calorie content. Milk became my staple drink, though I’d try to drink just as much water for hydration, and French toast became a favourite breakfast meal to go with my decaff coffee.
Soon enough I was in a three to five hundred calorie surplus each day. Good calories. Calories that the body likes. Within weeks I was stretching out the correct areas of my clothing.
As a hard gainer I was surprised to see the scales going up almost one pound a week. It wasn’t all muscle of course, some of the weight was water and still a little fat, but it was spreading around my body more evenly rather than in one area.

I noticed on a recent visit to a Czech castle one day that the excess weight (about five kilo’s by this point) was having a weird effect on my mobility. Sometimes I’d need to hold my breath to tie my shoelaces otherwise I’d barely be able to breath because of the compression of the movement, and despite always being my best and biggest muscle group I felt my chest had inflated to disproprtionette proportions. 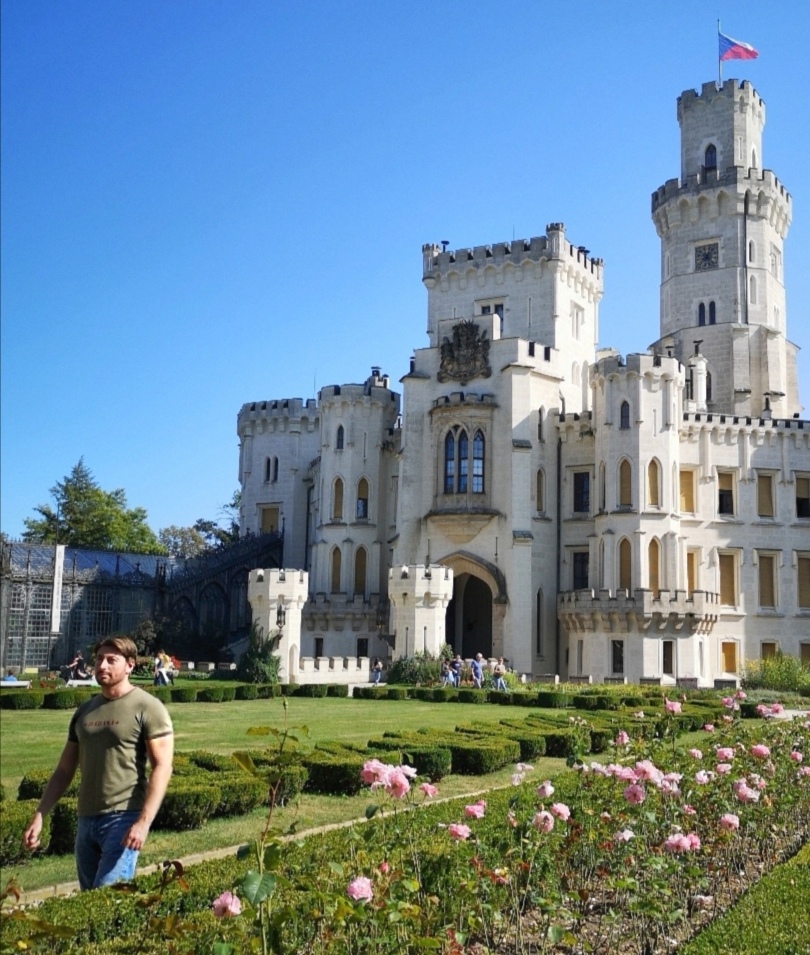 On the plus side I did feel more manly somehow. Perhaps size did in fact equal masculinity. The bigger you are the more prowess you feel over others and along with that comes confidence, but what I abundantly felt in stature I lacked in definition, abs were no longer visible at all and triceps – which were usually easily seen in a t-shirt – had lost their shape, making my arms more of a thick trunk than a chiselled gun. Worst of all was the development of a more noticeable double chin.
As a natural ectomorph (naturally slim) it felt good to be big and muscularly inflated, but the pay off wasn’t worth it. I felt more sluggish and a bit lazy, like a sloth with lats.
Bringing in the accountability of a close friend who was a fitness instructor helped motivate me and shock the muscle in different ways, but ultimately I looked and felt better as a leaner human. Regardless, it would still put me in good stead for 2021 goals. A little bulk up is always good for muscle growth. It just meant I’d need to trim the fat from pork so to speak to get the abs visable again.