Obviously this being Thailand there are still prostitutes (pretending to be masueses) on the odd street corners. It’s not in your face like other parts of Thailand though, infact I didn’t even realize they were prostitutes until they accosted me one night when nobody else was around. I don’t imagine paradise having prostitutes so perhaps it’s not quite as paradisiacal as I thought. It’s hard to write that sentence when you’re sat on top of a mountain looking down at such a luscious view. 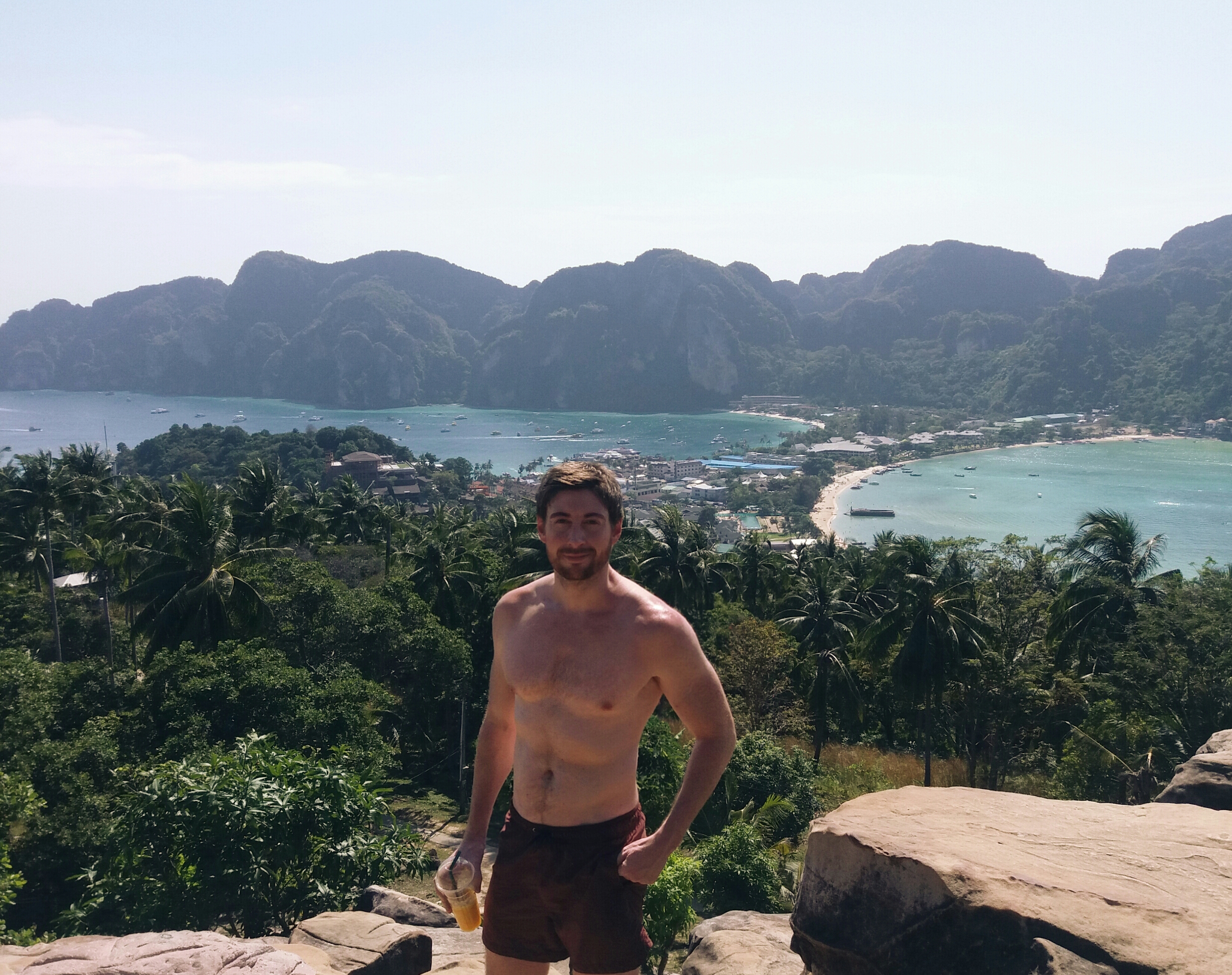 That’s one of several viewpoints on the island. Obviously there’s a big hill to climb to get there. Maybe the mango fruit shake I’m holding gave me extra energy.
Walking up there I wished I had an umbrella (like those little Chinese women carry, or Michael Jackson …when he was alive) because the sun is relentless today. Most days have had a bit of cloud but right now it’s just blue skies. I slapped factor 50 all over my face and factor 25 all over my body because a skin specialist once told me the sun ages your skin more than anything else and nobody wants to look older than they actually are do they.

I’ve had other days scouting around the island, but some of the smaller more remote beaches in the north are hard to get to by foot unless you trek through arboriculture, but you can take one of the long tail boats to get to them , although it’s not really worth it unless you’re going there for diving or snorkling.

Long beach is much more accessible by foot, even though you have to clamber through a few tree roots that can get tricky if you’re old like the two women that were in front of me. I’ve seen tortoises move quicker. Whereas my superior agility seen me bound through them like a mountain goat. Long beach has nicer sand than the others too, but it does take around twenty minutes walking there from the central area. 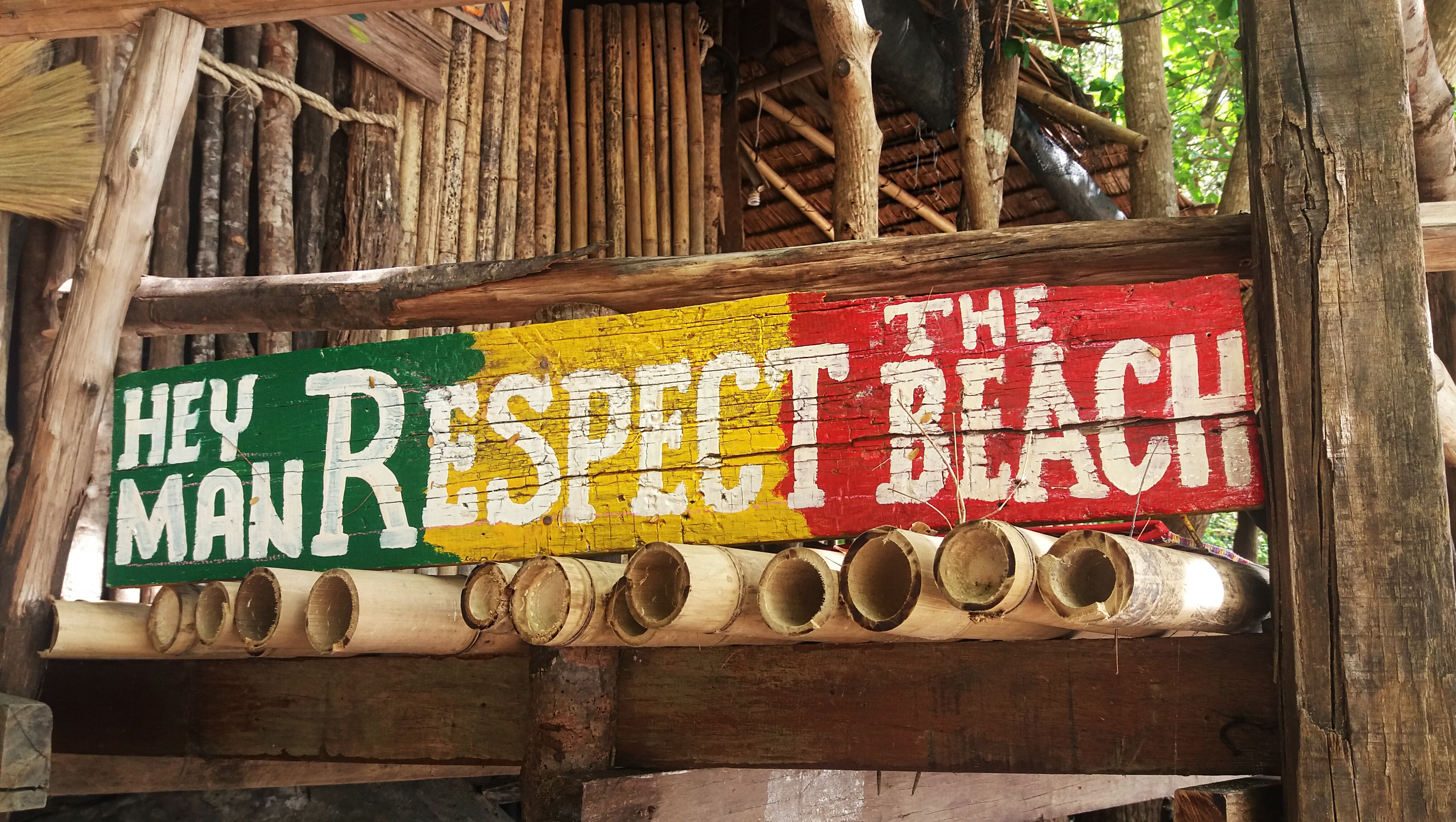 I won’t go into detail about the many restaurants and bars there are because really I think it’s better to figure out which places you like best yourself. Although I did favour Hippies out of the other chilled bars.  There are a couple of gym’s available too, the Tapear one especially had a cool view while you workout and cost just 100 baht per session. There’s a movie cafe in the centre, and tons of tattoo parlors, art shops, and nik-nak stalls, as well as kayak hire and diving centre’s for a more active holiday.