Sleeps always seemed so pointless to me, all those hours of your life layed unconscious, what a waste. Unfortunately I’ve always been one of those unlucky ones who can barely function without a good long 10 hours! That’s almost half the day! People would tell me it’s odd and that I’m just being lazy, but that’s never been the case. I’ve wanted to sleep less and tried many times to just have the recommended eight hours, but I’d inevitably wake up feeling really lethargic and moody, it was no use, anything less than 10 hours was no good. It wasn’t until I found out about polyphasic and biphasic sleeping patterns that I thought I may be able to reduce the hours.

Polyphasic sleepers adjust to a sleeping pattern of just 20 minutes every 4 hours! There are are strict guidelines that MUST be adherred too with polyphasic sleeping patterns, meaning no matter what your doing or where your at, when your 4 hours have past you need to get your nap in. I couldn’t help thinking how inconvenient it would be, what about when your at work or you’ve went somewhere for the day? I guess you could sleep in the car during a dinner break but would it be good quality sleep? Then there is the adjustment period which has been likened to torture. Who knows, maybe in the future I might give it a whirl, but for the time being I decided to attempt the – less bothersome – biphasic sleeping pattern.

Biphasic sleeping means having a 4 hour deep sleep followed by a 1 and half hour siesta style nap throughout the day. If successful it would almost half my sleeping hours. Imagine the advantages, almost 5 extra hours in the day, that’s an extra month of being awake every year! When I first heard about it my mind began to race thinking about all the extra things I could do, staying in nightclubs till closing hours while still getting up at 7.30am would no longer be a problem, more time to read/socialise/have fun! The possibilities were endless. Not only do you get more conscious waking time but research has shown that biphasic sleepers have more energy, live longer, and are smarter, even Albert Einstein was a biphasic sleeper.

I couldn’t really see any downsides to the change at all. Apart from the adjustment period which was said to be difficult but manageable. So I freed my schedule for the beginning of the month, so that I had minimal work to be doing, no going to the gym, nothing to taxing for my brain, I’d soon have the I.Q. of a genius anyway, and no important meetings. 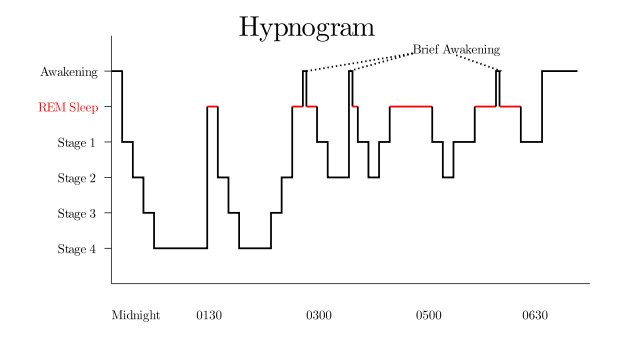 I stayed up late the first night till 3am then dropped off easily. When the alarm rang 4 and half hours later (once adjusted the time gets reduced to just the 4 hours) I actually barely felt tired at all. Each sleep cycle lasts 75 – 90 minutes so in between these cycles is the best time to wake up. Perhaps I’d woken up at just the right time? So my day was business as usual and when nap time came at 5.30pm I wasn’t sure if I might have struggled to actually get back to sleep. I was a little tired by that point and sure enough within 10 minutes I was fast asleep. At 7pm I woke feeling much more groggy and cancelled my plans to go anywhere that night, preferring to just stay in and conserve energy. When 3am came round again I was more than ready for my main sleep.

Day two was more of a struggle but even so I was still surprised that I felt no worse than I had done when trying for 8 hours in the past. After my nap I got up at 7pm and again felt worse off and cloudy headed, I watched movies and stayed awake till bedtime at 3am

Day three was a struggle to get out of bed, I lay there with my eyes open staring at the ceiling repeating the words over and over in my mind, ‘Don’t go back to sleep, don’t go back to sleep.’ After 10 minutes I was up, my head still felt cloudy and there was a very dull headache lurking somewhere toward the back of my head. This lasted all day and after my nap. By midnight staying awake was a real struggle, but I pushed through it till 3am.

Day four wasn’t so bad, the dull headache was still there but my well-being felt better than it had done yesterday and I’d probably say I had more energy too.

Then after my nap I was super tired, the headache was slightly worse and I had no energy, my body was trying to go back into deep sleep during the nap but being prevented. This was a good thing though because eventually my body will need to adjust to going into deep sleep (R.E.M.) during nap times.

Day Five was a bit strange, the headache was now a migraine but around a half hour after I’d gotten up I was wide awake and alert, the energy increase lasted till after dinner then seemed to go the complete opposite where I barely had the energy to do anything. Still felt the same after my nap but at one point I almost felt as if I were on drugs, I felt super relaxed and giddy and couldn’t stop smiling. I really struggled to keep awake again, momentarily having several micro sleeps between around 2 and 3am.

Day six my tiredness was more progressive but I felt quite awake after my nap, more so than I had done any of the last few days, and my headache had finally disappeared! I felt quite alert too and never found it a struggle at all to keep awake.

Day seven was a similar to day six, with me feeling more awake after my nap again, I could remember dreams from my nap too which is a sure sign that I was getting quality R.E.M. sleep. My eyes felt a little tired though.

Day eight I actually woke up feeling motivated and energetic. It was a really nice day outside and I think that helped. Still felt the same after my nap too. Probably my best day so far and feel like I’m really starting to experience the benefits of the change.

Day nine was the same again, lots of energy, felt sharp up until nap time when I started to feel a bit drowsy and then felt good again after my nap, more or less how I would feel normally before the experiment.

Day ten was horrible, I struggled to get out of bed, felt depressed, lethargic, and even had mild bouts of anxiety. I felt a little better after my nap but not a lot. From previous research it was around ten days that you are meant to start seeing the benefits, which I was excited about after the last two days, so not sure why I felt so bad today.

Day eleven was about as bad as yesterday, there was a few times throughout the day where I felt really alert but it would only last around an hour then I would go back to feeling drained. Really really struggled staying awake till 3am tonight.

Day twelve and things seem to be getting worse and weirder. By late afternoon I had a couple of mild hallucinations, and certain times in the day both before and after my nap I’d find myself just staring into space as if not quite knowing how to function my brain properly.

Day thirteen, everything seems to be happening in a cycle now, I wake up feeling depressed and extremely tired (but functional) then after breakfast I’ll have an hour – if I’m lucky – of being alert and almost buzzing with energy, then it slips into this weird meditative state where I’ll usually hallucinate and miss hear things, during this time short term memory loss is at its peak. Research has shown that at 2 weeks the new sleeping pattern is more or less implemented so if I don’t see any changes tomorrow I’ll be a bit disheartened.

Day fourteen and nothing’s changed, I’m starting to enjoy the weird trippy phases and when I feel super alert, but for the majority of the time I feel completely shattered, my eyes hurt, the headaches are coming back, and my well-being is at an all time low.

Day fifteen, I over slept 20 mins today hoping it might have some positive profound effect …it never. I’ve now started being mean to anybody who speaks to me, alongside extreme anxiousness and some paranoia. As a sidenote I also feel turned on a lot of the time which is strange.

Day sixteen, people generally don’t want to be around me anymore, I’m obviously giving out negative vibes. The people I have seen look at me funny, not sure if this is paranoia or if if it’s just because I look like death. Getting up and staying awake are near on impossible now, it takes every ounce of willpower to stay awake.

Day seventeen, I just couldn’t do it, when the alarm went off I felt like throwing my phone at the wall, whoever says things are perfectly normal and are well adjusted by this stage are either lying or maybe didn’t need much sleep before they started. I made the decision there and then to switch my phone off and go back to sleep zzzzzz. I think the only thing that even kept me going this long was the challenge of doing it. 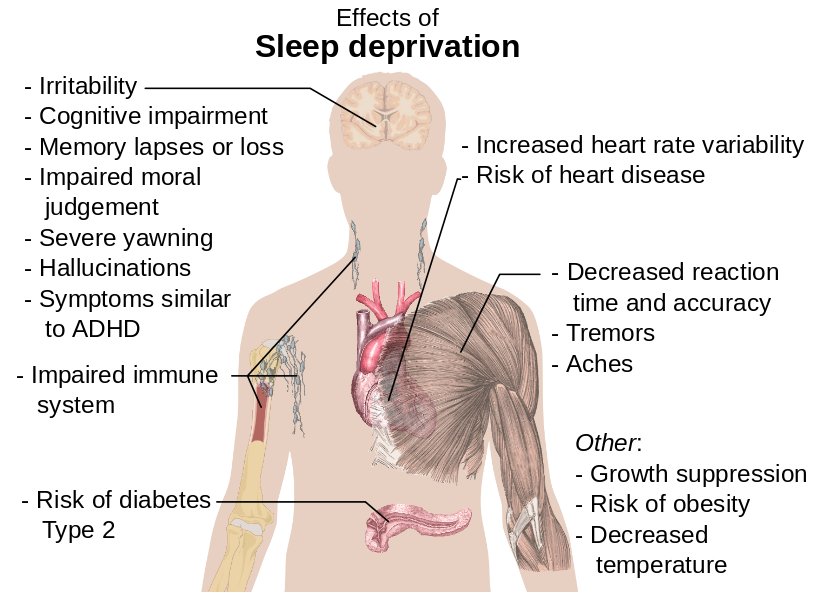 Despite having marathons of sleep to  catch up on I still felt like crap for nearly a whole week after. There was absolutely no way at this present time that I would have made the thirty days, whether that’s a possibility in the future I’m fairly optimistic, there have been a couple of significant changes since the end of the thirty days, I tend to remember dreams better and for the majority of the time drift into R.E.M. more quickly, but best of all my sleep only requires 7 and a half to 8 hours a night now, if I sleep longer than 8 and half hours I can tell that I am overslept and feel worse for it. So in hindsight I’m pretty pleased with the result!

Everybody’s bodies are different, right now mine was telling me to quit, other people may find it easier than I did and adjust easily, either way your body will let you know, it’s one thing to push past the pain threshold but it’s another to go on damaging yourself. Your body is the greatest instrument you’ll ever own, so look after it! Sleep sensibly!